If Formula 1 history is anything to go by, the 33-point deficit Lewis Hamilton faces with four races remaining is far from insurmountable

There have been vast swings in form and momentum between the Mercedes pair throughout 2016, with Nico Rosberg winning the first four grands prix, then Hamilton six from seven before the summer break, followed by four of the last five for Rosberg.

It is not beyond the realms of possibility that Hamilton wins the last four races and snatches the title at the 21st and last grand prix of F1's longest-ever season in Abu Dhabi.

Stranger things have definitely happened, as some past campaigns highlight. 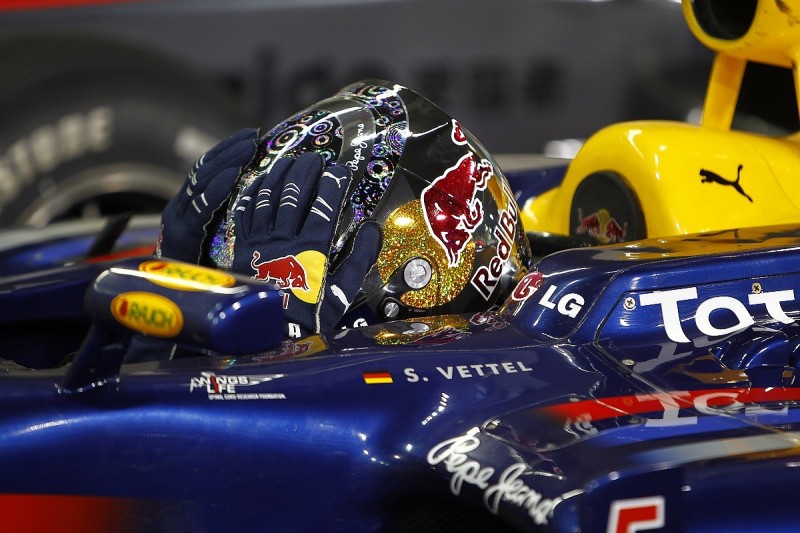 This was a mesmerising, topsy-turvy season, with the championship lead changing hands on eight occasions before the final race in Abu Dhabi. And at no stage had Vettel led the way by that point.

After retiring with an engine failure 10 laps from home in Korea, Vettel was still 25 points off top spot going into the last two races.

But Vettel won the finale to jump them both, as Alonso and Webber's races were marred by strategical errors, and win the first of his four titles by four points over Alonso. 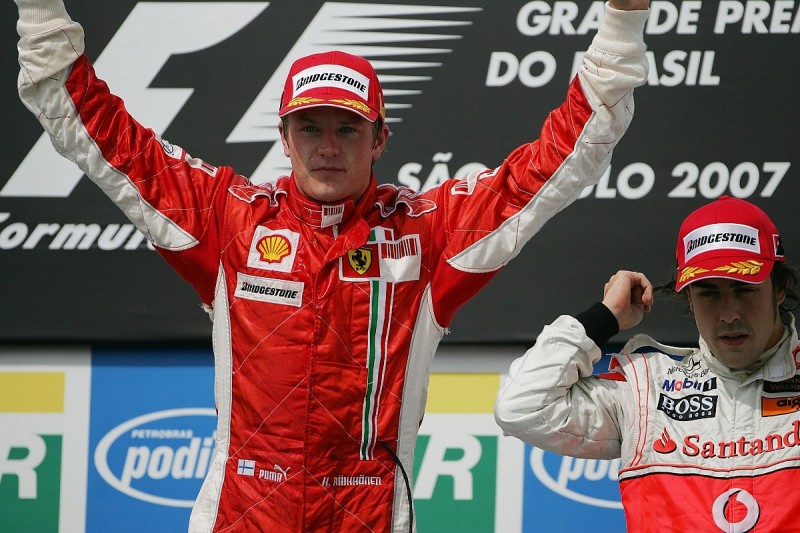 As McLaren had to contend with a fractious relationship between rookie star Hamilton and newly-signed double world champion Alonso, it was also rocked by a spy scandal.

Applying a 2.5 multiplier to 2007's scoring system of 10-points-for-a-win, Hamilton would have been 45 clear of Ferrari's Kimi Raikkonen with four races to run, and 42.5 ahead - with only 50 to play for - going into the last two grands prix.

Alonso was in the mix, too, in second place and today's equivalent of 30 points behind Hamilton.

In China, Hamilton slid off into the gravel entering the pitlane, failing to finish, as Raikkonen led Alonso home.

Raikkonen won again in Brazil, with Alonso third in the race and Hamilton only seventh after an early gearbox issue dropped him to 18th.

It was enough for Raikkonen to leapfrog them both win the title by just one point over the McLarens, the a net of 2.5 in the current system. 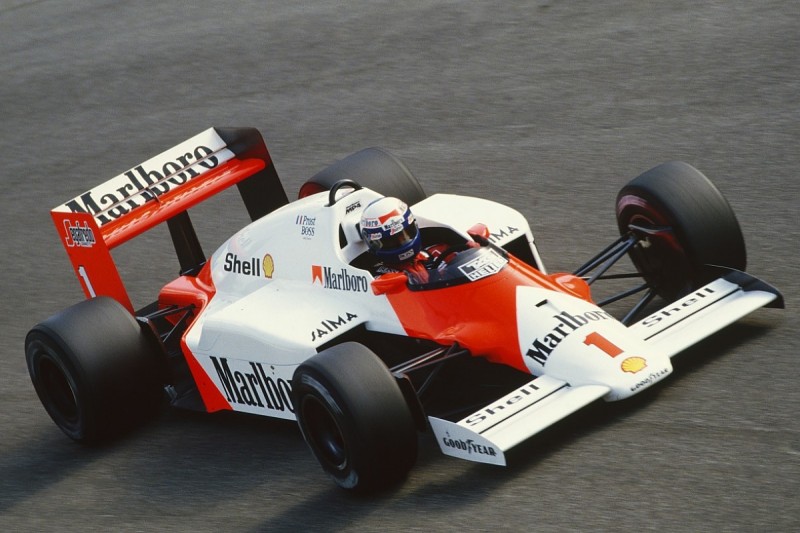 With two races remaining, McLaren's Alain Prost was third in the standings, staring at an 11-point gap to Williams driver Nigel Mansell when only nine were then available for a win - the equivalent today of 30.5 points.

Prost finished second in the following race in Mexico to move ahead of Nelson Piquet and close the gap to five points, with Mansell not gaining points for his fifth place as only a drivers' 11 best results counted.

Nevertheless, Mansell still only needed to finish third in the final race in Adelaide to take the title.

Mansell was on track with 19 laps to run, only to suffer his infamous left-rear tyre explosion - which prompted team-mate Piquet to make a costly precautionary stop - handing race-winner Prost the title. 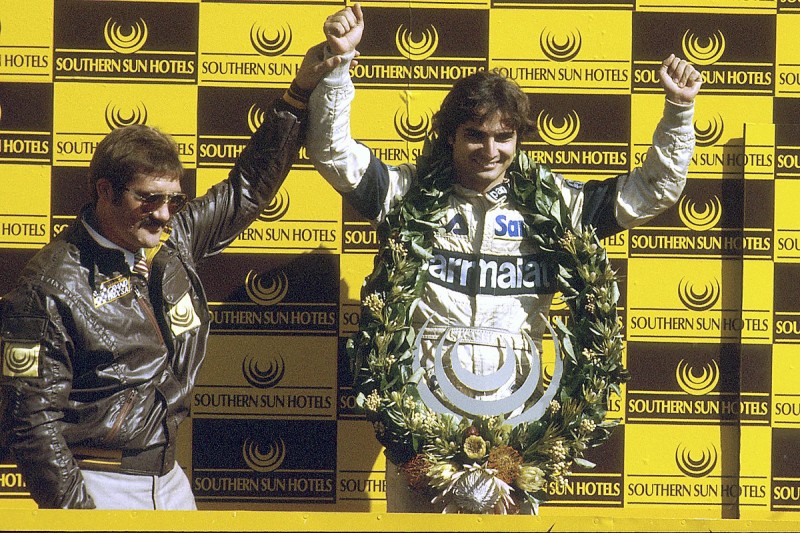 Four races from home, Prost had carved a 14-point lead (39 today) over Piquet. He had won four of the opening 11 grands prix in a Renault that at that stage was the only car to finish every race.

The title contenders collided in the following round at Zandvoort, leaving Piquet still 14 points down with only 27 to play for.

A turbo failure cost Prost in Italy - where Piquet took victory - and after the Brazilian won again at Brands Hatch again ahead of Prost, the gap was down to two points going into the final event at Kyalami. 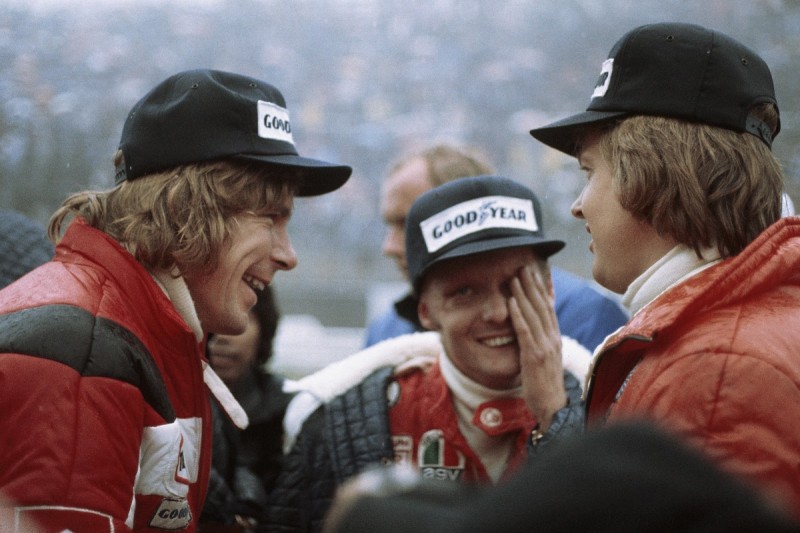 After nine races of the 16-round season, Ferrari's Niki Lauda appeared on course for a crushing title triumph.

Even taking into account Hunt's win at the British Grand Prix from which the McLaren driver was later disqualified and the second-placed Austrian awarded victory, the gap between them was 23 points, the equivalent of 64 today.

Then came Lauda's near-fatal accident at the Nurburgring, from which he made an astonishing return just six weeks and three races later.

Even after the penultimate race in the United States, Lauda still held a three-point lead, but he retired on lap two of the final event in Japan citing the horrific weather conditions at Fuji.

Hunt suffered a late tyre issue that dropped him to fifth after a pitstop - a position from which he would have missed out on the title - but a late charge to finish third clinched an unlikely championship. 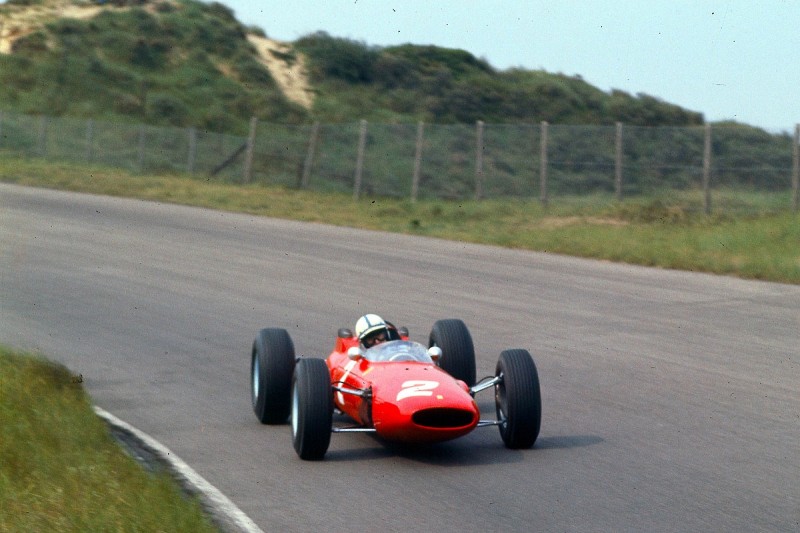 Ferrari driver Surtees trailed Graham Hill by 20 points, equal to 55 with the current system, halfway through the 10-race season.

Surtees then led Hill home at the Nurburgring, but after both retired from the Austrian GP, Surtees still faced a mountain to climb as he was 13 points adrift - 36 today - with three races to go.

Surtees won in Italy, where Hill's BRM retired with an engine failure, only for the latter to take the chequered flag in the penultimate race at Watkins Glen. With Surtees finishing second, it opening up a five-point gap.

The final race in Mexico was as dramatic as they come. Surtees' Ferrari team-mate Lorenzo Bandini ran into the back of Hill, causing damage that resulted in the BRM losing power.

Having started the race with an outside shot of the title, Jim Clark's hopes were wrecked when his engine seized on the penultimate lap.

At the start of the final lap, Surtees was third - not good enough for the title - only for Ferrari team manager Eugenio Dragoni to order second-placed Bandini to slow down.

He duly did to give Surtees the championship by a point.