Mercedes has no plans to directly replace motorsport strategy director James Vowles, with some of his previous Formula 1 roles having already been handed over last year.

Vowles was announced on Friday as the new Williams team principal, bringing an end to a long and successful career at Mercedes.

And while Mercedes has long benefited from Vowles’ involvement, and will lose his valuable input, in terms of strategy it has emerged that there had already been a shift in approach from the middle of last year as he stepped back from having such a hands-on role.

As part of a bid to help Vowles’ career progression, Mercedes moved him away from direct involvement in strategy calls – and handed him fresh responsibilities in areas like the young driver programme and contracts.

Those changes meant the Mercedes strategy at races was already been run without the need for Vowles to have anything more than a watching brief.

Speaking during a media briefing on Friday, Mercedes team boss Toto Wolff said: “There is no gap left behind, because for many years we have discussed the succession planning in this area.

“We've been very reliant on James' visibility, and we put an emphasis a few years ago on how that would continue if he one day would decide to do something else, whether within Mercedes or outside. James was very good in setting that up.

“We have an extremely talented team of strategists. We have nine people, some very senior, that are not always on the front line, and some that have grown within the organisation.

“They have flown the air plane now alone in the last six months, and before that already very much just under James's supervision. So I feel very comfortable in the structure going forward. And it’s not that suddenly a big weakness has been created.”

With the strategy team already well settled, Mercedes is expected to simply redistribute Vowles' other areas of work among individuals at Brackley. 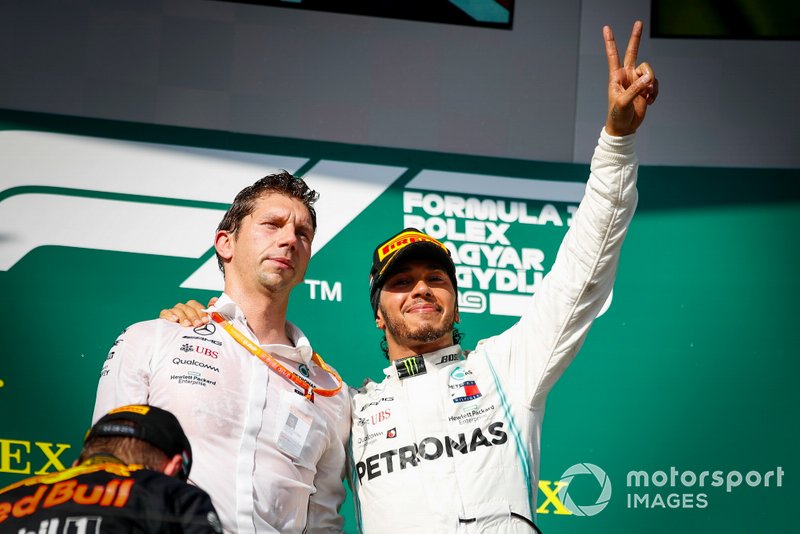 Wolff said he spoke to Lewis Hamilton about Vowles’ departure this week, and said that the seven-time champion had encouraging words for his former strategy chief.

“I told him [Hamilton] this week that this is going to happen,” added Wolff. “And he's absolutely fine. Working with James has always been a great pleasure for him.

“The clever thinking on the Sunday mornings, that was good fun with James always. I think his first response was: ‘That's amazing for James.’ I think this is maybe the important sentence.”

Vowles explained that he too had received a positive reaction from Hamilton over the news.

“I called him last night, and those are the [same] first words that came out of his mouth,” he said. “He was not insulting me or telling me he's disappointed. It's quite the opposite.

“In fact, I'd probably say throughout Mercedes I've had the fortune that near enough everyone I've spoken to has been just incredibly happy.”