Although Sainz's Toro Rosso team is fourth in the constructors' championship, he thinks Williams holds a slight edge in both qualifying and the race and puts that down to the Mercedes engine's qualifying settings.

Asked about the gap between Williams and Toro Rosso, Sainz said: "It is not a lot. I think in qualifying they have those three tenths, but in the race we cut it back because the engine mode of Mercedes in qualifying is something that still no one understands.

"You can see from Lewis [Hamilton] the way they suddenly turn it up in Q3.

"They [Williams] obviously turn it up also. But I think in the race we can still play a bit with them even if they are a tiny bit faster."

Williams has been the leading qualifier after Mercedes, Ferrari and Red Bull at both the 2017 grands prix so far, with Felipe Massa starting seventh in Australia and sixth in China.

Despite feeling Williams currently has a crucial edge on power, Sainz expects the midfield battle to fluctuate all year.

"Especially because it looks like Force India here brings an upgrade.

"We will probably bring one for Barcelona and then we will have the Renault upgrade and upgrades through the season. So it will change and vary for the moment. 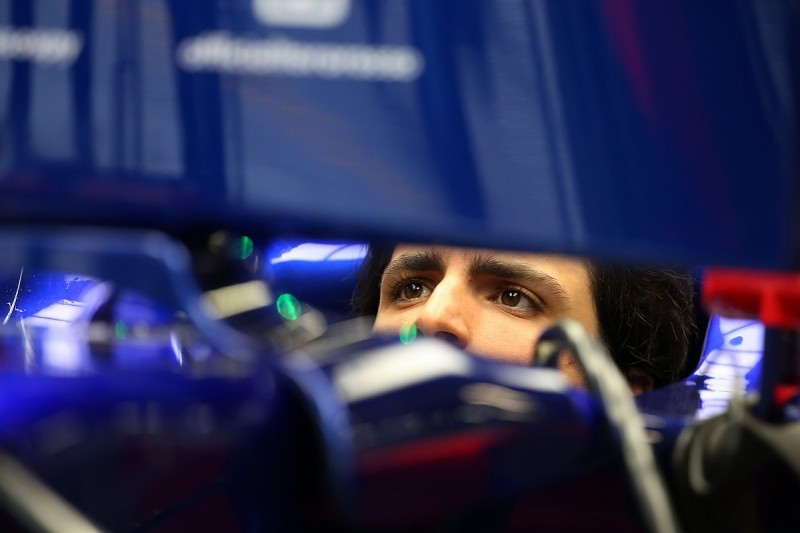 "I feel like Williams have the strongest car of the midfield definitely in both qualifying and the race. And then there is the rest.

"I am not brave enough to pick up one out of the three [Haas, Force India, Renault], because it is extremely tight and then it depends on two tenths on a qualifying lap. It is exciting.

"I am enjoying it a lot this year because for me the fight is to be the best non-Mercedes, Ferrari or Red Bull car.

"I am fighting against a very talented midfield this year. It is a different F1 to the top six, but it is an exciting one.

"I am finding a lot of motivation to push and happy to be leading it now."