Pirelli is supplying the medium, soft and super-soft for the race in Shanghai with Hamilton choosing four sets of mediums, one more than Rosberg.

Rosberg has gone for an extra set of softs with both Mercedes drivers taking five sets of super-soft tyres.

Ferrari, in contrast, has chosen six sets of super-softs, four sets of softs and three mediums for both Sebastian Vettel and Kimi Raikkonen.

The Frenchman ran three stints on the faster super-soft tyres with a final stint on the softs.

Grosjean has once again gone aggressive as has Williams's Felipe Massa with both choosing seven sets of super-softs, five sets of softs and just one set of mediums.

Both Williams, Haas and McLaren drivers have selected seven sets of super-softs, but in contrast, Sauber and Manor have picked just four.

Sauber has favoured the medium with five sets of the compound, more than any other team.

Toro Rosso's Carlos Sainz Jr has chosen the most softs with six, one more than team-mate Max Verstappen who has an extra set of the mediums. 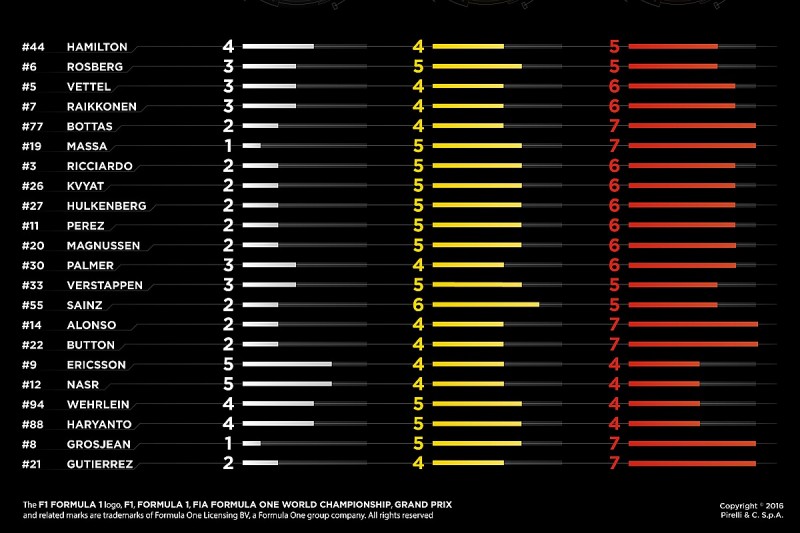 Grilling the GPDA over its real agenda