Mercedes is braced for Formula 1 title rival Red Bull to fight back at this weekend’s Hungarian Grand Prix after being “bruised” by its defeat at Silverstone.

Hamilton was penalised after clashing with Red Bull driver Verstappen on the opening lap at Copse, resulting in a 51G crash for the Dutchman.

The weekend saw Mercedes enjoy an upswing in form after being comprehensively beaten by Red Bull in both Austria races, with Hamilton topping qualifying on Friday and finishing second in the sprint race.

But Mercedes trackside engineering director Andrew Shovlin felt it would be “naive” for the team to go to Hungary expecting to repeat its Silverstone performance, tipping Red Bull to respond.

“This is one of our best tracks so it would be naive for us to think we can go there and expect to carry this performance in,” Shovlin said following the British Grand Prix at Silverstone.

“So I'm sure they're going to come back really strong.” 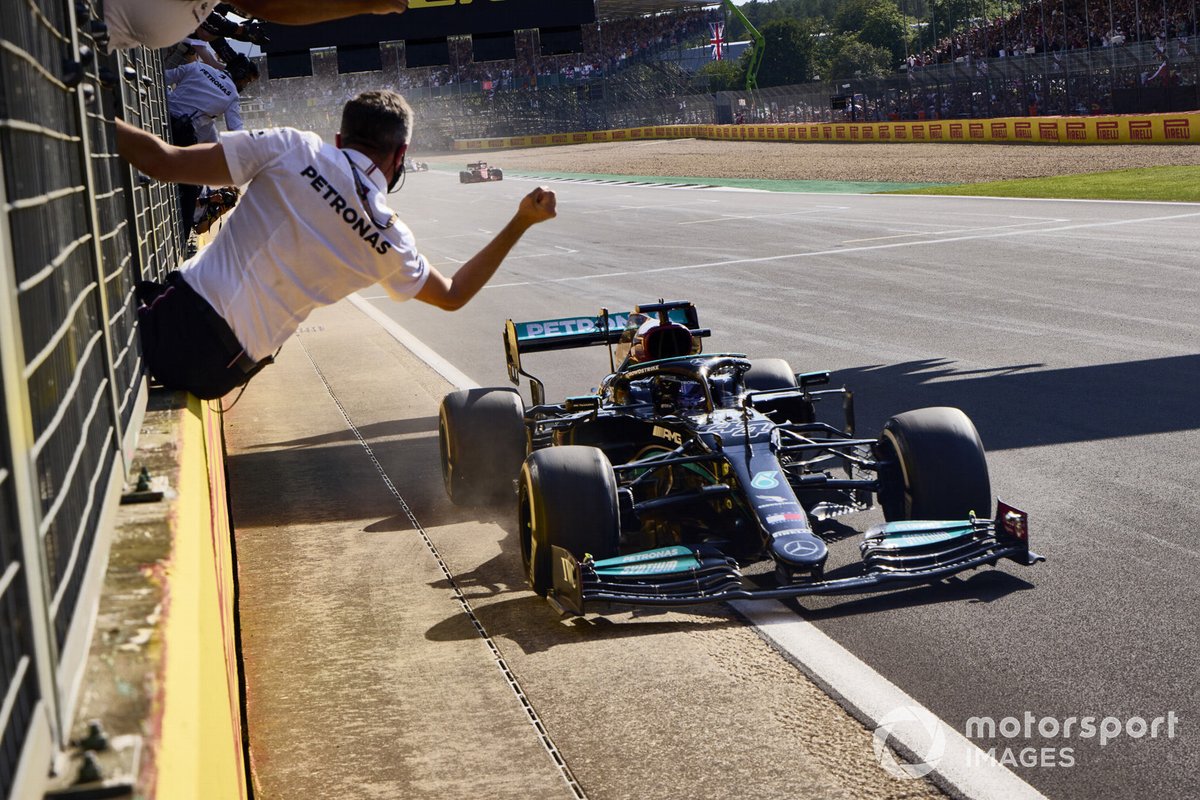 Hamilton lies just eight points behind Verstappen in the drivers’ standings, while Mercedes sits just four points off Red Bull at the top of the constructors’ table.

Shovlin felt it would be a huge boost for Mercedes if it could reclaim the lead of both championships heading into the summer break, having trailed Red Bull since Monaco.

"We're about halfway through the championship, there's very fine margins in terms of the points and, for us, we're just going to throw everything at it now to try and get through,” Shovlin said.

“If we can get ourselves ahead going into the summer break, that would be fantastic. That's probably the target we'll set ourselves, but it's a stretch target.

“But we've shown [at Silverstone] that anything's possible. You’ve just got to keep going, trying to get better and trying to improve.

“They are a difficult team to beat, but I think we're a strong team and we'll be putting everything into it to try and win.”