Mercedes boss Toto Wolff says he feels a responsibility to help Valtteri Bottas find another seat in Formula 1 if he is not retained by the team for 2022.

With Mercedes set to make a call on whether or not to keep Bottas or take George Russell as Lewis Hamilton's team-mate next year, there has been speculation linking the Finn with options elsewhere.

A return to the Williams team that handed him his F1 debut is one possibility, while it is understood that Alfa Romeo has put him high on its wish list for 2022.

Bottas is still holding out hope that he can keep his current seat, though, and will not open talks elsewhere until he knows what Mercedes is doing.

Reflecting on Mercedes' stance to taking the next step, Wolff, who has long guided Bottas' career, said he would make sure that the Finn was helped to every opportunity he could get if he was not handed a fresh contract.

"If we come to the situation that we wanted to give somebody else a go, then it's not only my relationship with him but also the responsibility that he has a great future, because he deserves that," said Wolff.

"He has been a team-mate of the best Formula 1 driver of all times and it's not always very easy to shine. But he is fantastic." 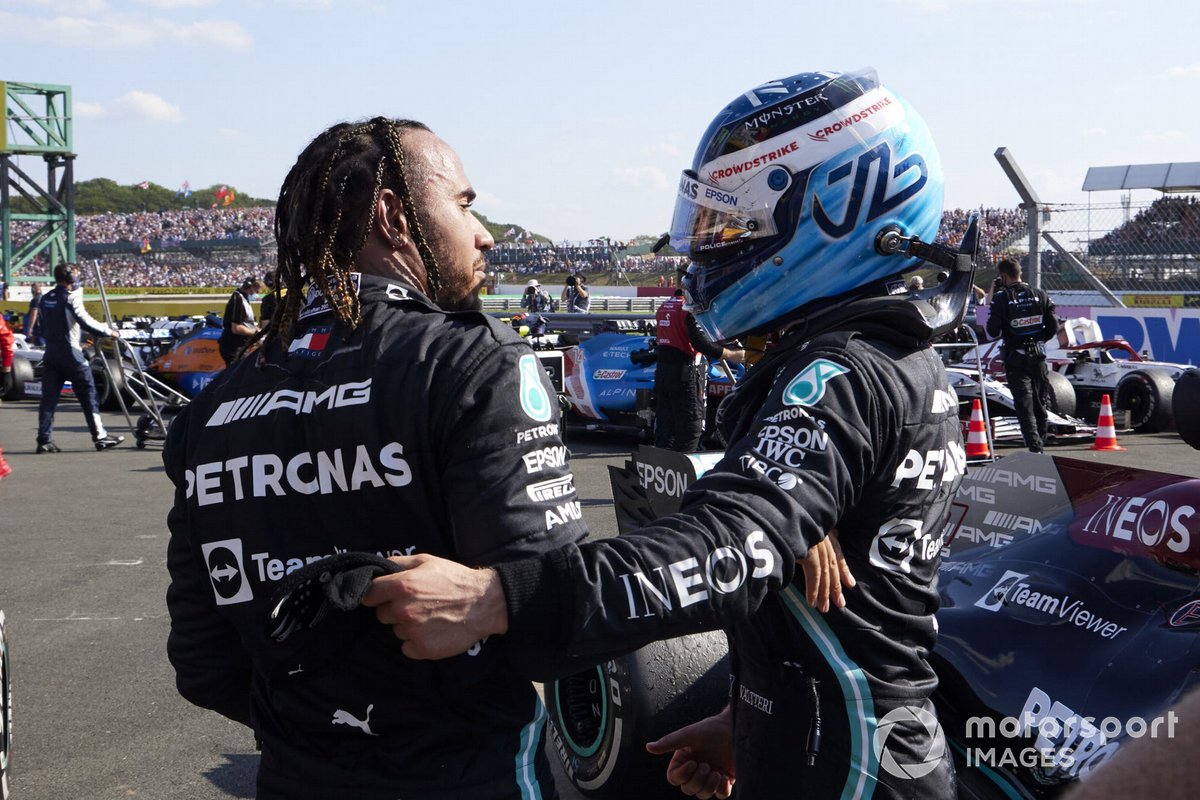 Bottas' difficulties at the start of the season, allied to the increased challenge from Red Bull, means the Finn is already playing a supporting role to Hamilton in his bid to win the championship this year.

Wolff said that, while sacrificing a drivers' own hopes was never an easy thing to do, Bottas was accepting of it because he could see the bigger picture.

"It is very important because statistically his odds to win the championship are very small compared to Lewis," said Wolff.

"Lewis is very much in the fight and we have discussed that. And as tough as it is for a driver, there is no room for margin here in this year's championship."

Bottas joined Mercedes from Williams at the start of 2017, as replacement for Nico Rosberg, and has won nine grands prix during his time at the team.