Rumours have been circulating for several weeks that Ferrari may have been gaining an advantage.

The rules state that the MGU-K can only deploy 120kW of power. The stories have revolved around suggestions that Ferrari could allegedly use more than is allowed from its twin-battery arrangement, without it being picked up by the FIA sensors, and that it could be extracting more than the 4MJ of energy allowed per lap from the energy store to power the MGU-K.

The Ferrari systems were checked by the FIA in Azerbaijan and Spain, and the matter has taken a further step this weekend with the news that Ferrari is using new software that will not allow any extra power deployment to happen and that the FIA is actively monitoring the cars with an extra piece of hardware. 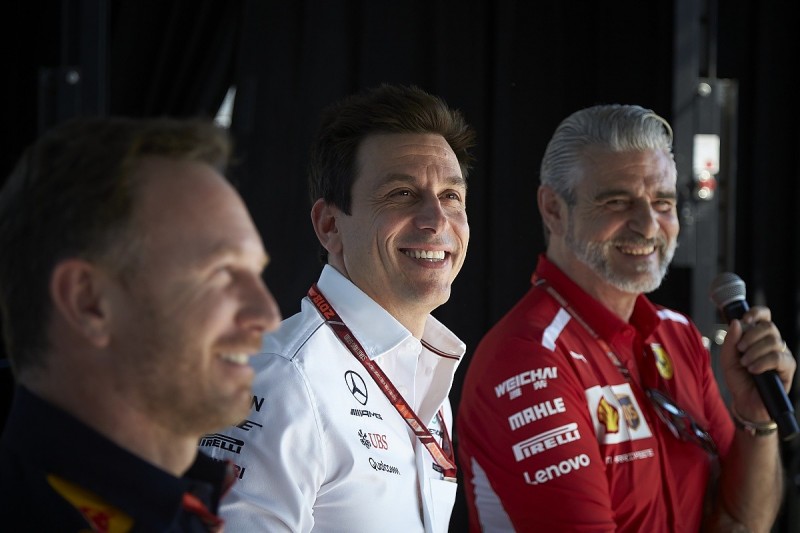 Christian Horner and Toto Wolff, bosses of the teams in direct competition with Ferrari, remain confident that the FIA is on top of the matter.

"There's obviously been rumours that no doubt you guys are cottoning onto as well," said Horner.

"I'm sure the FIA have all the competence to be able to measure, administer and look at the car that's presented for scrutineering during a grand prix weekend that complies with the regulations.

"Of course it's the team's obligation to ensure that that happens. I think the FIA are probably the best people to point that question at."

Wolff agreed with his Red Bull counterpart that any controversy would be dealt with correctly by the FIA.

"But it's the daily business of the FIA to check what the teams do, it's the obligation of the teams to comply with the regulations, and this is an ongoing process.

"I have great confidence that with whatever issues are coming up, either the chassis or the engine, the FIA has been on top of it a lot.

"This is as far as I understand the process that is taking place as we speak, and we'll see what the outcome is."