On the eve of last year's Japanese Grand Prix, McLaren Group CEO Dennis proudly proclaimed Honda's F1 power unit to be "a piece of jewellery", "mindblowing" and that "the competitiveness of the engine is going to be without question".

Following another miserable result at Suzuka, Honda's home circuit, Dennis was forced to defend the lack of progress in 2015.

"Timeframe in an engine term is very controlled by what is a shifting position on tokens, black box versus white box, the freezing of specific components," Dennis said.

"Only when you have significant improvement do you introduce an engine change with tokens, and theoretically, in an ideal world, that should be for every fourth race.

"We've tried to move forward faster and that has affected reliability, it's made the whole thing more challenging.

"In the end, this very acute pain we have inflicted to a certain degree on ourselves is the fastest way to get back to where we need to be." 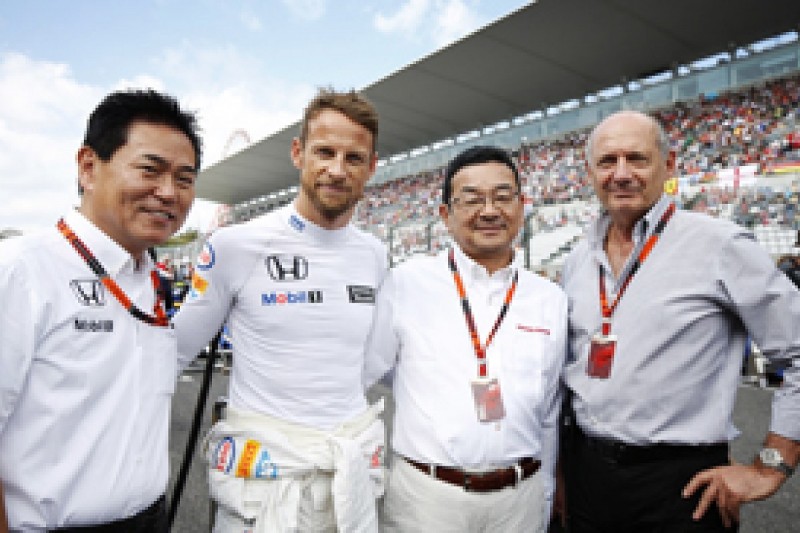 Talks with Honda representatives in Japan were "extremely constructive", according to Dennis, who is adamant the company understands the depth of the problems.

"I don't believe there is any doubt at all that every level of Honda knows the challenge of Formula 1, and knows exactly where we are at the moment," he insisted.

"The way you build relationships and achieve things together is by coming together, not growing apart, by being transparent, understanding and working together to solve the issues."

Dennis feels the current regulations are proving a constraint on progress, and has called for greater freedom in a number of areas.

"The frustration I personally have with the regulations is virtually everything that is designed to reduce cost has increased it," he added.

"Primarily that is because the cost of durability means endless evaluation on the dyno and test cells.

"I'd like to go testing, to have freedom in the windtunnels and freedom in CFD.

"When you are uncompetitive you have to develop your way out of it, and at the moment the regulations are extremely constraining in that area."