McLaren Formula 1 boss Zak Brown says the decision-making process at the team had become "gridlocked", with too much reliance on committees

The management of McLaren has been restructured after Eric Boullier's resignation last week.

Brown has made it clear that there are more changes to come, including potentially new hirings from outside, and said there had not been enough scope for individuals to make important decisions.

"The structure is not allowing certain individuals to be as entrepreneurial as I would like them to be," said Brown.

"I think it has not enabled them to make decisions quickly enough.

"Sometimes there is an appropriate time for decision by committee, and then there's also times when there should be decisions by individuals.

"At times our decision-making process and the speed with which we make decisions gets gridlocked.

"So that needs to be changed, and I think our biggest issue has been structural and organisational.

"But there is great talent that we need to unleash that in the current environment has not been able to blossom, and then also bringing in people from the outside that have other experiences to help contribute to shaping a quicker, faster organisation. 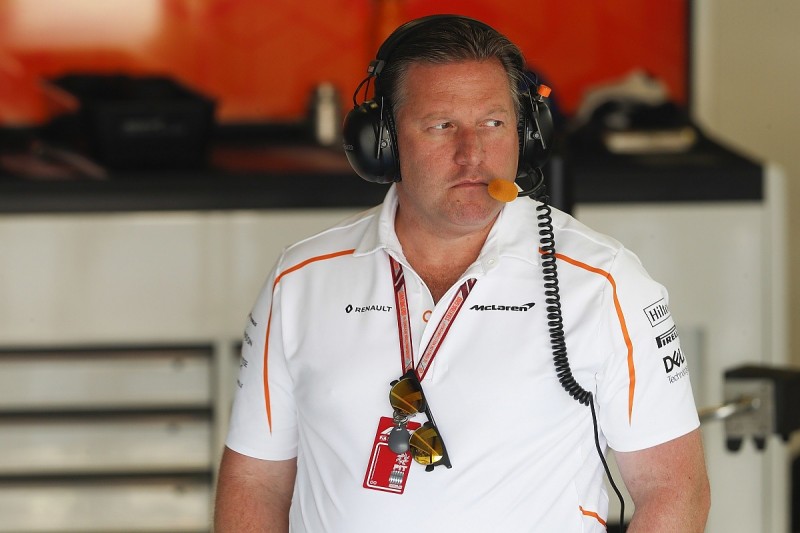 "My job leading the Formula 1 team is to ultimately put that pace into the organisation, give the direction, get the right leadership in place and get on with getting back to where I think everyone recognises McLaren should be."

McLaren has been criticised this year for having openly implied during its troubled seasons with Honda that the engine was the root of its problems, only to continue to struggle with Renault power in 2018.

Brown was adamant that the management changes had not resulted from any internal reflections on how the relationship with Honda had been managed.

"No, we've not had any discussions around the Honda relationship," he insisted.

"We're looking at ourselves right now and recognising the mistakes that we've made, learning by those mistakes, making sure we don't replicate them.

"But we're not looking backwards as far as 'could we, should we, have done something different?'."