Max Verstappen says he is not looking forward to his new Formula 1 car featuring a 'very ugly' halo, ahead of its reveal next week

The Dutchman's Red Bull team will launch its RB14 on Monday, before its main rivals Mercedes and Ferrari will unveil their own challengers three days later.

While Verstappen is eager to see how competitive his new car will be, he is clear that he is not excited about the mandatory addition of the halo.

"The halo - that will be very ugly," he said in a pre-season video interview for Red Bull. "I am not looking forward to that.

"In general I hope the car will look great and hopefully it is fast.

"Hopefully it is a good step forward and we have got straight away a good car for the beginning of the year, so we are not really chasing, like we did last year. That is the most important for us."

The addition of the halo in 2018 has added extra weight to the cars, and some F1 teams may struggle to hit the minimum 734kg limit.

Such a scenario could penalise heavier drivers like Verstappen more, as they could be pushed further over the weight limit, but the Dutchman insists he will not force himself to go on a crash diet to lose any extra weight.

"Because the halo is quite heavy, it will be more than six kilos, it is definitely not favourable for me," he said. 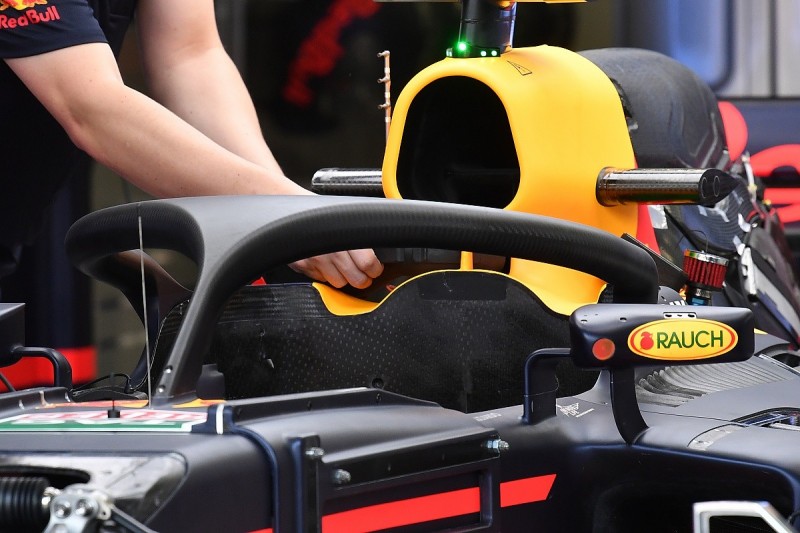 "Being a taller driver and also a bit of a heavier driver than most, it is definitely not ideal.

"But I am not going to adjust my training for it, because otherwise I won't feel well during the races."

Speaking about Red Bull's level of optimism ahead of pre-season testing, Verstappen said: "The mood is good I guess. Everybody is happy, everybody is motivated for the new season after a strong end to last season, and we can't wait to get going again.

"Of course holidays are nice and it is good to charge the batteries, but at one point you want to get going again."