Just hours after Mattiacci said he was fully focused on helping the Italian outfit move forward with its plans for 2014, a statement from the Maranello team announced his departure in favour of Arrivabene, a senior Phillip Morris executive and F1 Commission member.

Arrivabene, who has known Ferrari for a long time via his work at sponsor Philip Morris, joins with immediate effect in a move that has been put together by new Ferrari chairman Sergio Marchionne.

"We decided to appoint Maurizio Arrivabene because, at this historic moment in time for the Scuderia and for Formula 1, we need a person with a thorough understanding not just of Ferrari but also of the governance mechanisms and requirements of the sport," said Marchionne.

"Maurizio has a unique wealth of knowledge: he has been extremely close to the Scuderia for years and, as a member of the F1 Commission, is also keenly aware of the challenges we are facing. He has been a constant source of innovative ideas focused on revitalisation of Formula 1.

"His managerial experience on a highly complex and closely regulated market is also of great importance, and will help him manage and motivate the team.

"We would also like to thank Marco Mattiacci for his service to Ferrari in the last 15 years and we wish him well in his future endeavours." 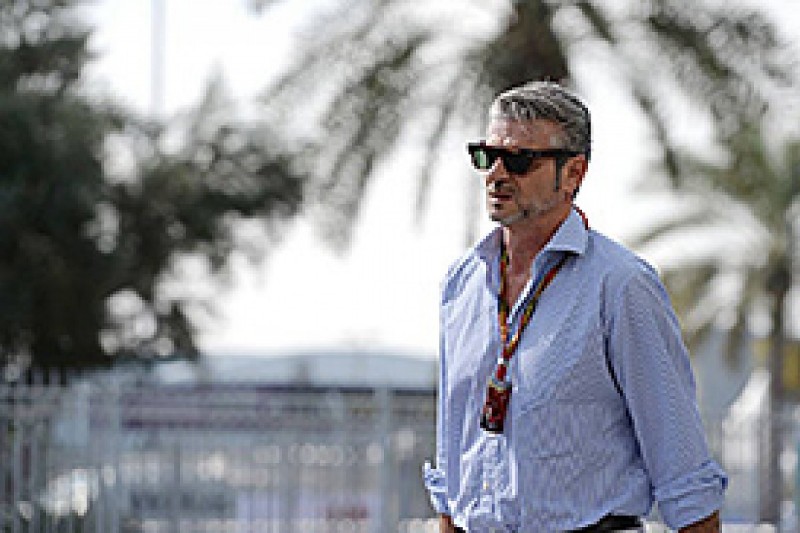 Speculation about Mattiacci's future surfaced at the Abu Dhabi Grand Prix, as the Italian drew short of confirming he would be at the team for the start of 2015.

When asked by AUTOSPORT whether he expected to remain as team principal next season, Mattiacci replied: "I'm very focused at working very hard, as the first day I arrived at the Scuderia.

Mattiacci said Ferrari's final race of the 2014 season in Abu Dhabi, where it finished ninth and 10th with Fernando Alonso and Kimi Raikkonen and secured fourth place in the constructors' championship, was "nothing to celebrate".

"It was a very difficult race as always in Abu Dhabi," he said.

"The overall package was not at the level to be at the usual fourth/fifth/sixth place.

"We have been able to maintain fourth place [in constructors'] but we have nothing to celebrate."

Despite frustration at Ferrari's failure to win a race in F1 for the first time since 1993, Mattiacci - who will now leave the company completely - said the restructuring he began would leave the team in better shape to bounce back in 2015.

"Absolutely it's frustrating and a difficult season, but I always look at the positive side," he added.

"We learned a lot. I'm happy that in some way I contributed to putting this altogether.

"Our goal is to create as soon as possible a very effective organisation that produces a very competitive car.

"The sign we are seeing for next year's car is promising. James Allison and his people are doing a tremendous job."