The Williams Formula 1 team gave everything it could to try to deny world champion Lewis Hamilton victory in Sunday's Abu Dhabi Grand Prix, according to performance chief Rob Smedley

Hamilton clinched his second F1 world title with an 11th victory of the season at Yas Marina on Sunday, but Williams driver Felipe Massa came within 2.576-seconds of claiming his first win of the campaign in the 2014 finale.

Massa led the race at one point, but he had to come from behind after pitting for a second time and switching back to the super-soft tyre late in the race.

Massa said after the race that he thought he was going to catch and pass Hamilton's Mercedes in the closing stages, but Smedley reckons Mercedes just had enough pace to keep the Williams out of reach.

"If we were going to pass him then probably Lewis needed a little bit less pace," Smedley admitted.

"If Felipe had been two seconds closer [and] got in the DRS zone, I am not sure on those last laps that we actually would have been able to make the pass stick."

Smedley said Williams threw everything at trying to take its first grand prix victory since the 2012 Spanish GP.

"There was a possibility [of winning the race] and we gave it our best shot, [but] it didn't come off," he added.

"We made all the right calls, the pace was very good, we got the faster tyre on at the end to try and take it to Lewis and Mercedes.

"I think it was good for Formula 1 that you had a car hunting them down.

"It was proper racing, and probably a good way for Lewis to win his world championship as well, having to race for it."

BOTTAS NOT TO BLAME FOR POOR START

Smedley added that Valtteri Bottas was not to blame for the slow getaway that dropped him from third on the grid to eighth at the end of the opening lap.

"We definitely need to put effort in over the winter into the consistency of the starts," he said. "I don't think it is all Valtteri [at fault]. 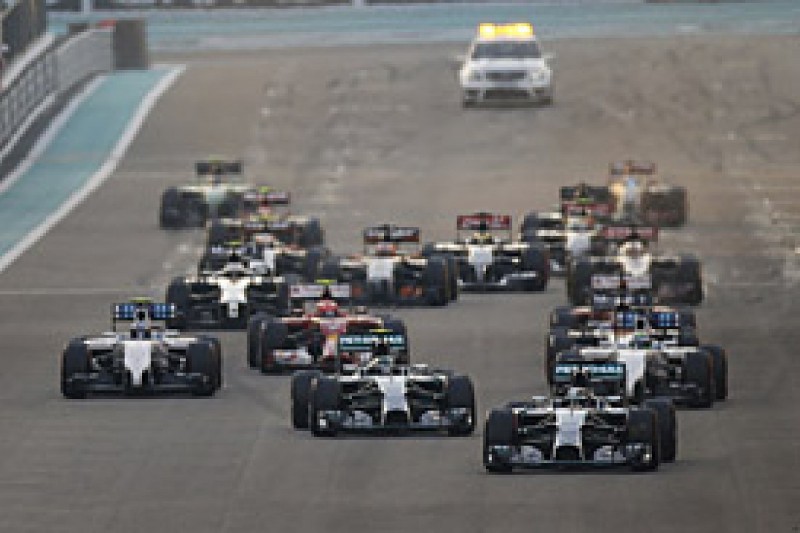 "There's no doubt about the fact we can do good starts, where we are lacking is consistency.

"So we have to take a look at the process we go through, which includes bench testing, modeling, preparation, [and] how we approach the weekend.

"To be fair, if you look at our process [for Sunday] I think we did everything right for that particular condition.

"[From] what we saw on the telemetry fed back from the formation lap start, we took a decision which I think was absolutely the right decision, but we didn't get the torque we were expecting [from the clutch]."

Bottas recovered to third in the race, joining Massa on the podium as Williams sealed third in the constructors' championship.