Red Bull Formula 1 advisor Helmut Marko believes the team should fear Mercedes more than Ferrari as it prepares to defend its championships in 2023.

Red Bull enjoyed a dominant end to 2022 as Max Verstappen clinched his second straight drivers' championship, while the team claimed its first constructors' crown since 2013, winning 17 of the 22 races.

Verstappen and teammate Sergio Perez won 10 of the final 11 races in 2022, with Red Bull's only defeat in this period coming at the Brazilian Grand Prix when George Russell took victory for Mercedes.

It marked Mercedes' only win of 2022 as the team struggled to get to grips with the new technical regulations, spending the early part of the season out of contention against Red Bull and Ferrari.

As the year went on and Mercedes understood its struggles with the W13 car better, both Russell and teammate Lewis Hamilton started to feature more towards the front of the pack.

Although Mercedes' late revival was not enough to beat Ferrari to P2 in the constructors' championship, it was enough for Marko to label the team as Red Bull's main threat heading into the new season.

"I would say that we should fear Mercedes more," said Marko.

"Mainly because they have an advantage over Ferrari in terms of strategy and reliability." 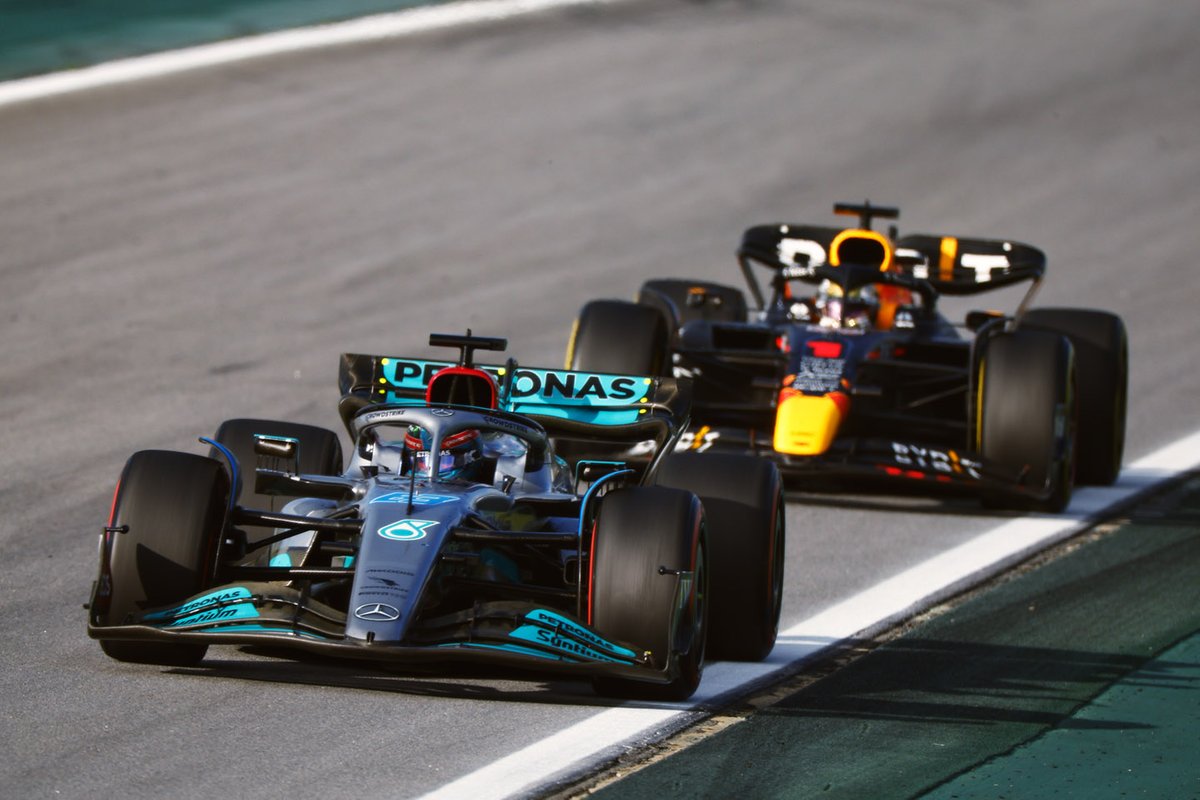 Ferrari initially looked set to pose the greatest threat to Red Bull in 2022, winning two of the first three races, only for its form to tail off in the second half of the season.

Engine reliability issues and some strategic mistakes cost Ferrari chances to contend with Red Bull, the most notable slip-up coming in Hungary when a decision to run hard tyres cost Leclerc a good chance of victory.

Ferrari has made a number of changes over the winter, including the appointment of Frederic Vasseur as its new team principal, as it looks to end its title drought in 2023 amid the potential for a three-team fight.

Marko was sceptical that Red Bull's success in 2022 could mark the start of a period of dominance, similar to that of Mercedes when the V6 hybrid power units were introduced in 2014.

"Our situation is certainly not like that of Mercedes at the beginning of the hybrid era," said Marko.

"We don't have an immense lead with the engine right now. So that is very different. Mercedes had at least 50bhp margin over all the others back then.

"And we shouldn't forget: 2022 has been the first year under this new set of regulations. Other teams have obviously seen what we have done with this year's car.

"So I think it will definitely be much closer next season."