Helmut Marko says a move by Red Bull for George Russell is "worth considering" should he miss out on a Mercedes Formula 1 seat, but "can't imagine" it happening.

Mercedes is currently mulling over who will partner seven-time world champion Lewis Hamilton in 2022, with current team-mate Valtteri Bottas's contract expiring at the end of the year.

Mercedes could opt to retain Bottas - who has helped the team win four constructors' championships since joining in 2017 - or replace him with Russell, who is the leading member of its junior programme and currently races for Williams.

Russell has said he would like to sign a multi-year deal regardless of where he ends up in 2022, having impressed throughout his time with Williams. He recently led the team to its first Q3 appearance in almost three years at the Austrian Grand Prix, and narrowly missed out on points.

Mercedes is set to make a decision between Bottas and Russell at some point over the summer. Hamilton signed a new two-year contract earlier this month, locking him in with the team until the end of 2023.

If Mercedes opted not to promote Russell and he became a free agent, Red Bull would take an interest in swooping in to sign the British driver, according to team advisor Marko.

But Marko stressed that he did not think Mercedes would make the mistake of letting Russell go, making the prospect of an approach by Red Bull highly unlikely.

"Russell is certainly worth considering with the performances he is now showing at Williams," Marko said in an exclusive interview with Autosport's sister publication Motorsport-Total.com. 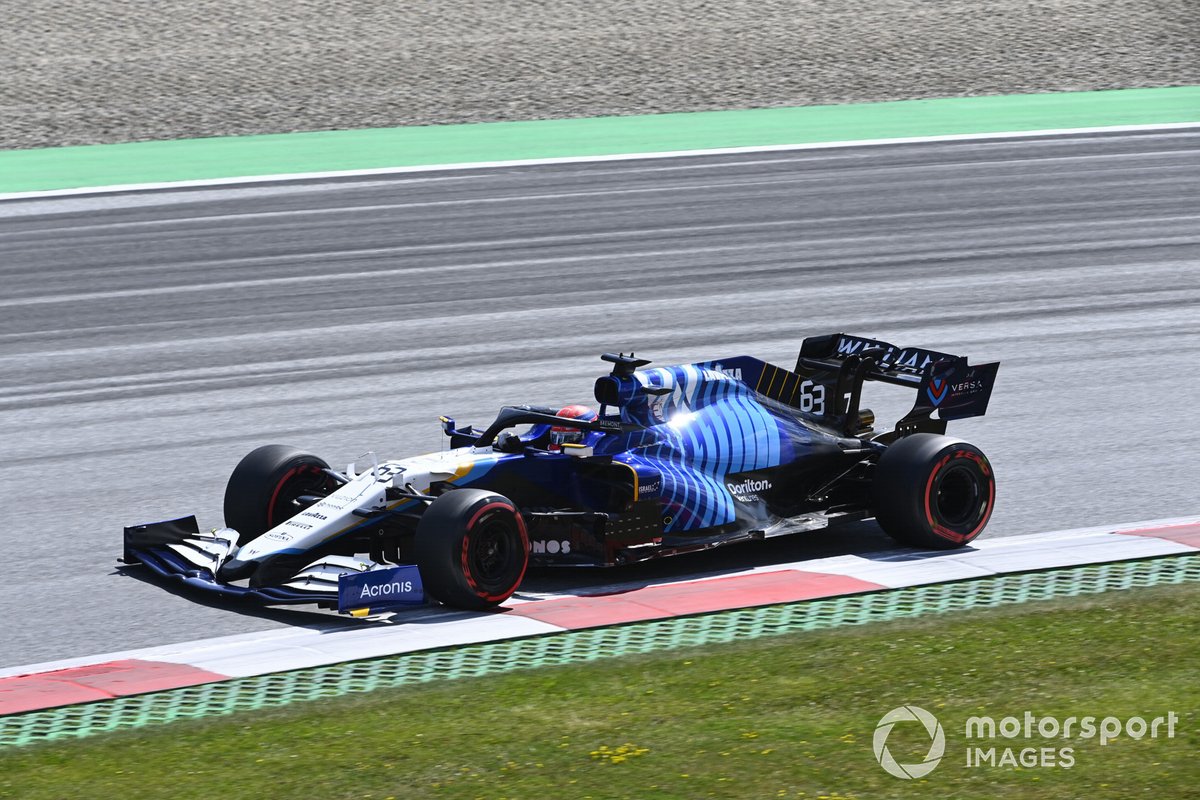 "The only thing is, that's so Utopian, because if Mercedes let him go, that would be such a faux pas, that I honestly can't imagine it."

PLUS: Why there's far more to Russell than qualifying specialism

Marko added that he assumed Russell would be driving for Mercedes in 2022, and when asked if Red Bull would make an offer if he wasn't, replied: "If I am informed correctly, then that is not relevant."

Russell has been part of Mercedes' young driver programme since 2017, winning both the GP3 and Formula 2 titles under its wing before moving into F1 with Williams in 2019.

Red Bull has previously snatched a young driver away from Mercedes, beating it to the signing of Max Verstappen back in 2014.

Mercedes had wanted to keep current drivers' championship leader Verstappen in junior categories upon joining its programme, but Red Bull was prepared to promote him straight into an F1 seat for 2015.

"We offered Max a Formula 1 seat straight away," Marko explained.

"Mercedes wanted to put him in Formula 2. And I think the Verstappen family also fits much better with Red Bull than with Mercedes."