George Russell is eager for his next Formula 1 contract to be a multi-year deal as he wants to have “consistency in order to grow and progress”.

Russell - whose contract with Williams expires at the end of the 2021 season - has been linked with a possible move to Mercedes for 2022 following his impressive displays while part of its junior roster.

Mercedes has ruled out rushing into any decisions about its line-up for next year, but is set to be a key part of the upcoming driver market silly season.

One piece of the puzzle for 2022 and beyond fell into place on Wednesday when McLaren announced that Lando Norris had signed a new multi-year deal to stay at the team.

Norris joins Ferrari’s Charles Leclerc and Red Bull’s Max Verstappen in holding long-term deals with their teams, offering stability stretching to at least the end of the 2023 season.

Russell said on Wednesday that he was eager to join his peers in getting a multi-year deal agreed from 2022 to ensure he had the right platform to develop on.

“Definitely the position I’m in currently, being a free agent as such going into next year, is a good position to be in,” Russell said.

“I think stability and longevity is important. I think it’s so clear with people moving around recently how difficult it is to jump in and adapt to a new team.

“So I think wherever I find myself next year, I’d like it to be at least for a couple of years, because I think that’s so important to have that consistency in order to grow and progress.” 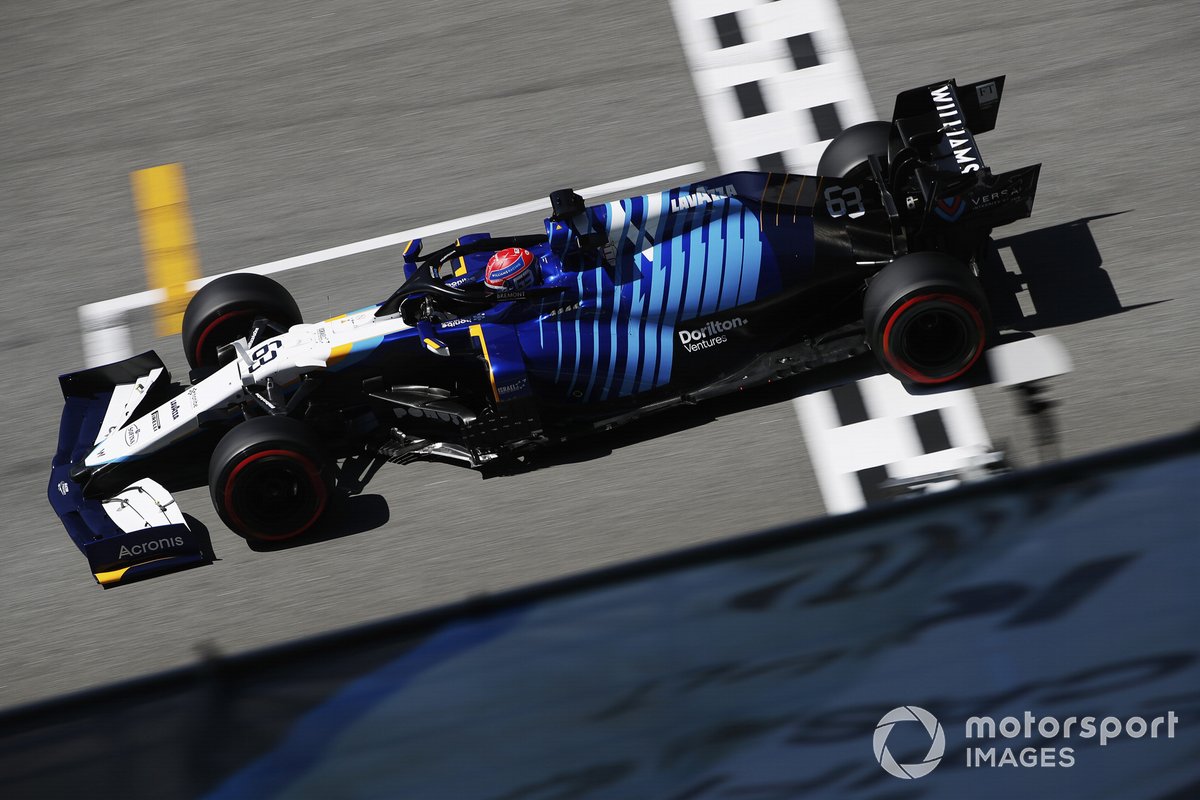 Russell is currently in the third and final year of his Williams contract, and has constantly impressed with the team despite its struggles for pace and failure to score any points during his time there.

An opportunity to show his potential in a front-running car came at last year’s Sakhir Grand Prix, when Russell was drafted in by Mercedes after Lewis Hamilton was ruled out of the race due to COVID-19. Russell qualified second and almost won the race before a late puncture.

Both Hamilton and Mercedes team-mate Valtteri Bottas are out of contract at the end of the year, but Hamilton has already suggested he is looking to continue racing in F1 with the German marque.

Russell said that he was “really happy” for Norris, saying that his fellow F2 2019 graduate “deserves it” after his performance this year.

“He’s been doing a fantastic job recently, and McLaren as a package with Lando are doing extraordinary,” Russell said.

“It’s going to be interesting next year. I think they could be a real threat to the top teams and for the championship.”