Nikita Mazepin says he is finding the technical side of Formula 1 "a lot more complex" than expected as he struggles with set-up and a heavy Haas chassis.

Mazepin made his F1 debut at the start of the year with Haas after graduating from Formula 2, but has struggled to match team-mate Mick Schumacher's form through the early part of the season.

Mazepin has outqualified and beaten Schumacher in a race where they have both finished just once - at Monaco - but revealed recently that the team found his chassis was slightly heavier than his team-mate's.

Haas will provide Mazepin with a new chassis for his VF-21 car after the summer break to try and remedy the issue that the Russian driver felt was having "quite a big impact" on his performances.

Asked what he expected to get from the lighter chassis once it was introduced, Mazepin revealed that he had already used it in Monaco, where he managed to finish ahead of Schumacher.

"I've driven that car only in Monaco, I've been offered it only for one race," Mazepin said.

"It's a physically mathematical difference. We as drivers are put in a position where we have to fight for every 800 grams or kilo of our weight, sometimes drinking a little bit less water to make sure that you're as light as possible for qualifying.

"Then obviously, if you're losing four kilos in the chassis, it's going to make a big difference in the long straights in every circuit, like at Paul Ricard or Austria, and then we're going to the Silverstone.

"It's difficult to say at this moment in time what I expect, because we need to wait and see." 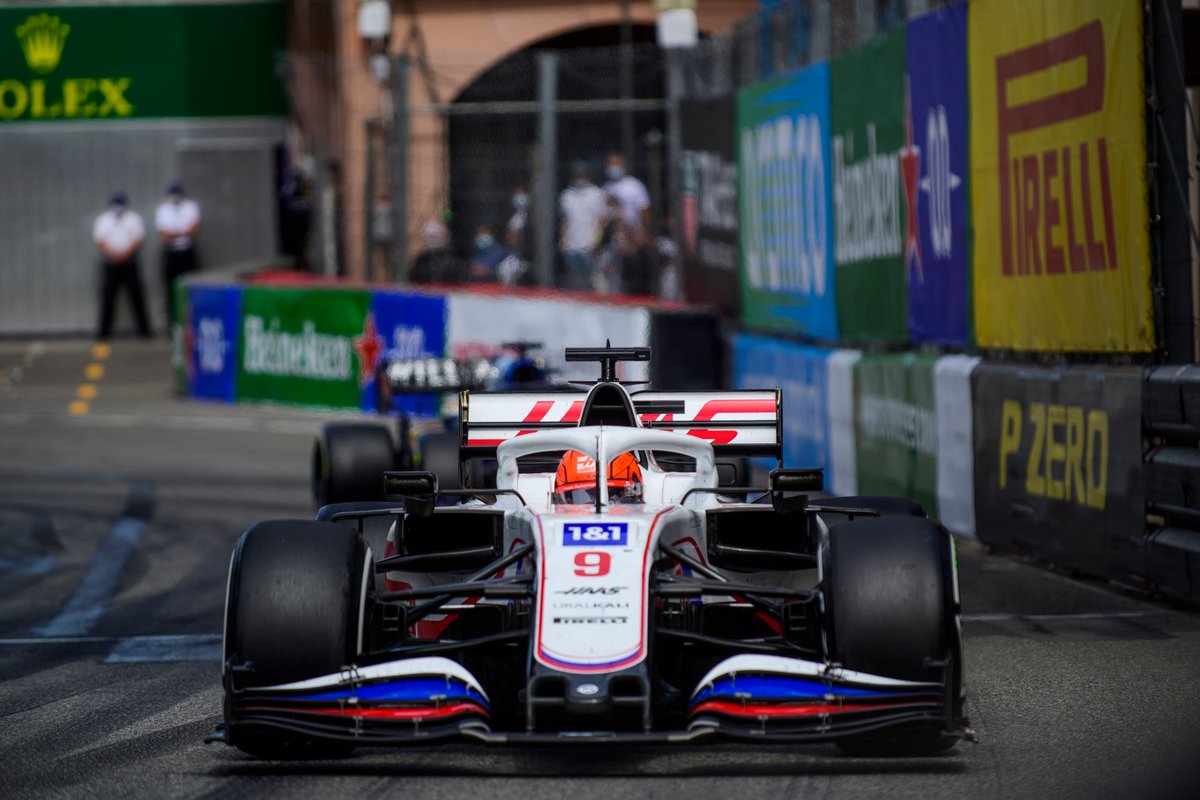 Mazepin has previously spoken of feeling "quite lost" when trying to perfect the set-up on his Haas car due to the difficult aerodynamic package, calling it "one of the most difficult I have ever driven".

"I'm very new in Formula 1," Mazepin said. "I'm still discovering those things [with the car weight making such an impact].

"For example, that in Formula 2 would have not been so important, but I think Formula 1, it is such a high performance environment.

"I'm just coming to realise that it's a lot more complex than I would have imagined it was going to be at the beginning of this year in the technical side of things."

The core of Mazepin's struggles with the Haas car related to the stability on entry to corners, which he conceded had been a weakness of his through his junior career.

"We try to maximise the performance of the car, which is not very performant," Mazepin said.

"I think as a trend, I'm pretty bad at driving cars that don't have very much entry stability. And that's one thing that Haas this year doesn't have.

"Then we try to find things that the car just doesn't have, and then we get in a place which is quite hopeless.

"So yeah, it hasn't been very beneficial. But I'm quite looking forward to being out there on a new track, which is Silverstone next time."