Administrators for Manor announced late last month that the outfit was being shut down, after hopes of finding a buyer faded.

It means the grid has been reduced to 20 cars for the 2017 season, while more than 200 staff have been made redundant.

"When a team leaves F1 it is a failure of the whole system," Minardi, whose team made 340 F1 starts between 1985 and 2005 before becoming Toro Rosso, told Autosport.

"We must not forget that the current regulations will be in force until 2020."

Minardi believes F1's introduction of the 1.6-litre V6 engines ahead of the 2014 season is the key mistake that has caused financial problems for teams.

"In recent years F1 chose the road of technology, in other words to make Formula 1 the maximum expression of technology with the introduction of the power unit, and this has led to a big increase in costs," he said.

"I would have rather seen the power unit technology used in endurance races.

The 69-year-old also echoed former FIA president Max Mosley's view that F1 has gone in the wrong direction with the 2017 rule changes.

F1 will be revamped this year, with wider cars, bigger wings and larger tyres that are expected to combine to deliver quicker lap times.

"At Melbourne we will see cars that are four to five seconds faster according to simulations," he said.

"What is the good of this?

"It will certainly not help the spectacle as those who are seated in the grandstands or watching televisions will not realise it." 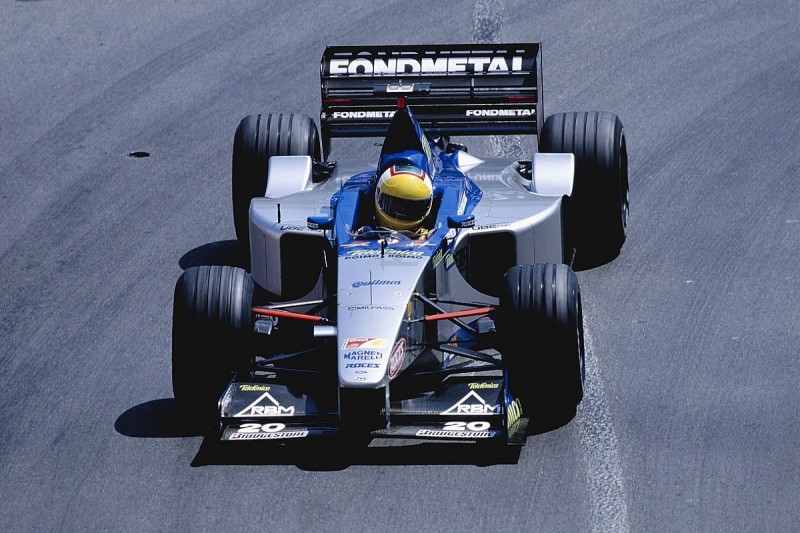 Minardi, who still watches every F1 race 11 years after leaving the paddock, wants new owner Liberty Media to bring the series back to basics.

"I would like to see more days devoted to collective tests to attract the fans that have run away because of their loss of interest," said Minardi.

"We should come back into the track instead of spending on simulators.

"I would encourage decreasing the number of the staff within a team.

"We should prohibit the use of remote teams of engineers, engineer teams who work at the headquarters simultaneously with those at the track.

"I would also free up the development of engines and cars, without any limits.

"On pitstops, I would reduce the number of mechanics working on the car to eight as they would be more spectacular for the television audience.

"It would be exciting from a strategy point of view, too, in addition to helping reduce the costs."

The car that almost propelled Minardi into extinction