Grosjean was Sebastian Vettel's main challenger early in the Yeongam event, but a mid-race safety car period allowed Raikkonen to close on him and capitalise on an error shortly after the restart to get ahead.

The team then declined a request from Grosjean to be allowed back past the Finn as he felt he was the quicker of the two.

Once the race was over, Grosjean fully accepted Lotus's decision and understood that it was his error that had ultimately cost him.

Bouller said that such heightening of emotions was natural, and exactly what he wanted to see from his drivers.

"It is normal. We understand," said Boullier. "It is good to see that the drivers are unhappy to be second and third, and this is what we want.

"They are competitors and that is what we want to see. You will all agree with me."

'HE'S NOW THE ROMAIN WE WANT'

Boullier has no doubts that Grosjean was the faster of his two men in Korea, on a weekend where he again outqualified Raikkonen.

"Yes he was [quicker], but sometimes that is not enough to gain a position," Boullier said. 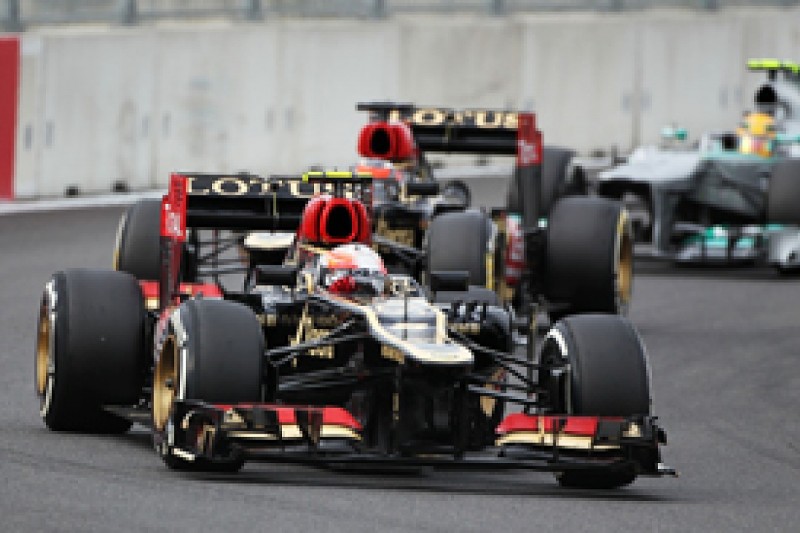 "You can see now that it is six races in a row that Romain is delivering the same results as his team-mate, who we can consider as a reference.

"If he has a bad car, he is doing his best. If he has a good car he is on the podium.

"In Singapore, without the engine problem he would have been on the podium.

"So we can say now that he is the Romain we wanted. He is doing a good job.

"We gambled on him and he delivered what we expected him to do."

We rate the drivers after the Korean GP