Maldonado won the Spanish Grand Prix for Williams in 2012, but the team is enduring one of its worst seasons to date, having scored just one point in 13 races.

After another disappointing weekend in the Korean Grand Prix, Maldonado stressed the importance of getting a good car in the future.

"I don't want to just be in Formula 1, to be honest. It's better to stay at home, if it's like that.

"I don't care about being a Formula 1 driver, I'm here to win and I need to do whatever it takes to be there."

The Williams driver insisted he has no doubts about his ability to perform when he has a competitive car.

"I'm looking forward to having a better car next year, I need it," he said.

"I showed that every time I had a good car I've been fighting for victories and championships. It's very disappointing to see myself here fighting for Q2.

"I'm not here to fight with [Valtteri] Bottas. He's a good driver but he is not my objective. I want to fight with the big people here. 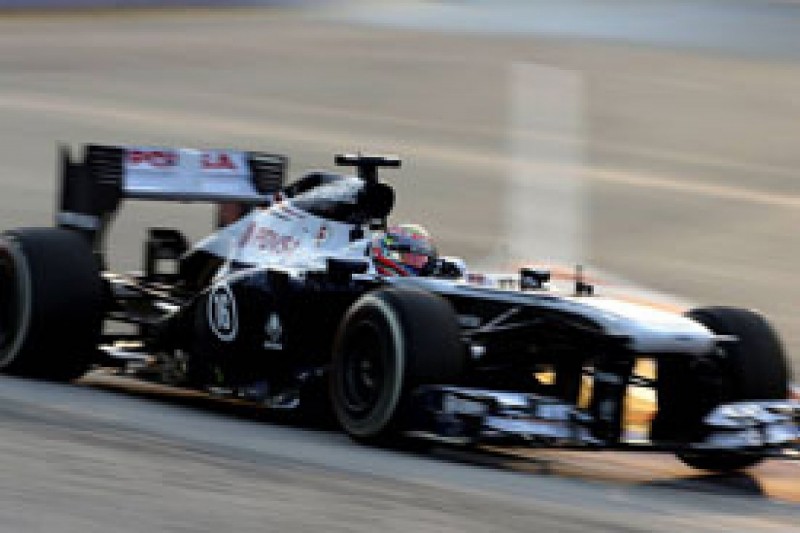 Maldonado admitted he is unsure about his future, especially after the death of Venezuelan president Hugo Chavez.

Venezuelan state oil company PDVSA has been supporting Maldonado in F1 since he entered the sport in 2011.

"I hope I will be on the grid, but you never know," he said.

"It could depend on the [financial] support or not, you never know. Formula 1 is like that.

"This year I'm here, next year I don't know where I will be."