Hamilton took the lead from team-mate Valtteri Bottas off the line but was left vulnerable when his rivals all pitted during the early virtual safety car period while he stayed out on track.

He subsequently pitted and rejoined in fourth, then had to stop again when his rear tyres blistered.

A loss of fuel pressure then forced Hamilton to retire, creating Mercedes' first double-DNF since 2016 as Bottas had earlier exited the race with a hydraulic problem.

"I'm not going to lie, all areas we're going to have to work on," Hamilton told Channel 4.

"The car has been great, we were quickest. But then to have two different faults is very unusual.

"We can't afford to throw away points. We need to find a bulletproof method to move forward for strategy because if our car had kept going it was an easy win for us, we were comfortably ahead." 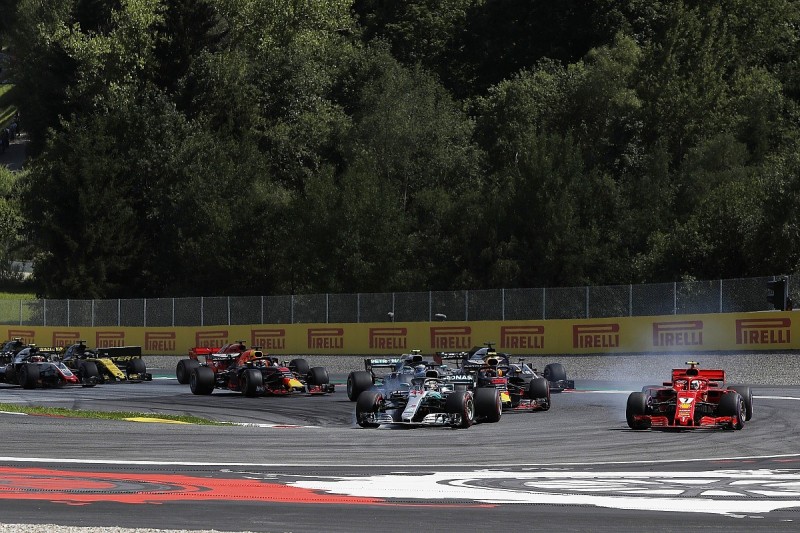 Hamilton entered the weekend with a 14-point lead over main title rival Sebastian Vettel, and looked in with a strong chance of extending that gap as Mercedes locked out the front row - with Vettel relegated to sixth on the grid by a penalty.

Mercedes then ran comfortable one-two early on with Hamilton ahead, while Vettel fell to eighth on lap one.

But subsequent events mean Vettel now leads Hamilton by one point after claiming a third-place finish.

"[It is] an unfortunate day. Everyone in the team is going to be feeling the pain but we've had such great reliability for so many years," Hamilton said.

"As painful as it is, we are professionals and we have to take the rough with the smooth.

"This is definitely the worst weekend I can remember us having for a long, long time but I have every confidence in my team."

Hamilton said that his Mercedes W09 has "got to be quick" in his upcoming home race at Silverstone, where he would look to make up for "a lot of points lost today".

Asked by Sky whether the sudden poor reliability of the car was a concern, he said: "I feel fine about it. It is what it is.

"There's nothing I can do about it, and all we do is move forwards.

"I'm looking forward to getting the car back and trying to understand what the problem is, and I know the guys will be working hard to rectify it and make sure it doesn't happen again."