Leclerc was the lone favourite to start Sunday's race from pole given the grid penalties for his team-mate Carlos Sainz and both Red Bulls of Max Verstappen and Sergio Perez.

But as Ferrari showed plenty of pace around the cathedral of speed, Leclerc was determined to take pole on merit and duly did with his final run in Q3.

After trailing Sainz by two tenths following the first barrage of runs, the Monegasque set a lap of 1m20.161s to jump Sainz's 1m20.429s.

Verstappen was next across the line, but settled in between the two Ferrari drivers in second after trailing Leclerc by 0.145s, much to the delight of the scarlet tifosi at the start-finish line.

Leclerc admitted his eighth pole of the season was a "very good surprise" after not expecting to be able to defeat Verstappen and Red Bull, given Ferrari struggled at the similarly high-speed Spa.

"It's a very good surprise today, especially where we came from in Spa," he said.

"I did not expect to fight for pole here, so it's great surprise to have pole at home. 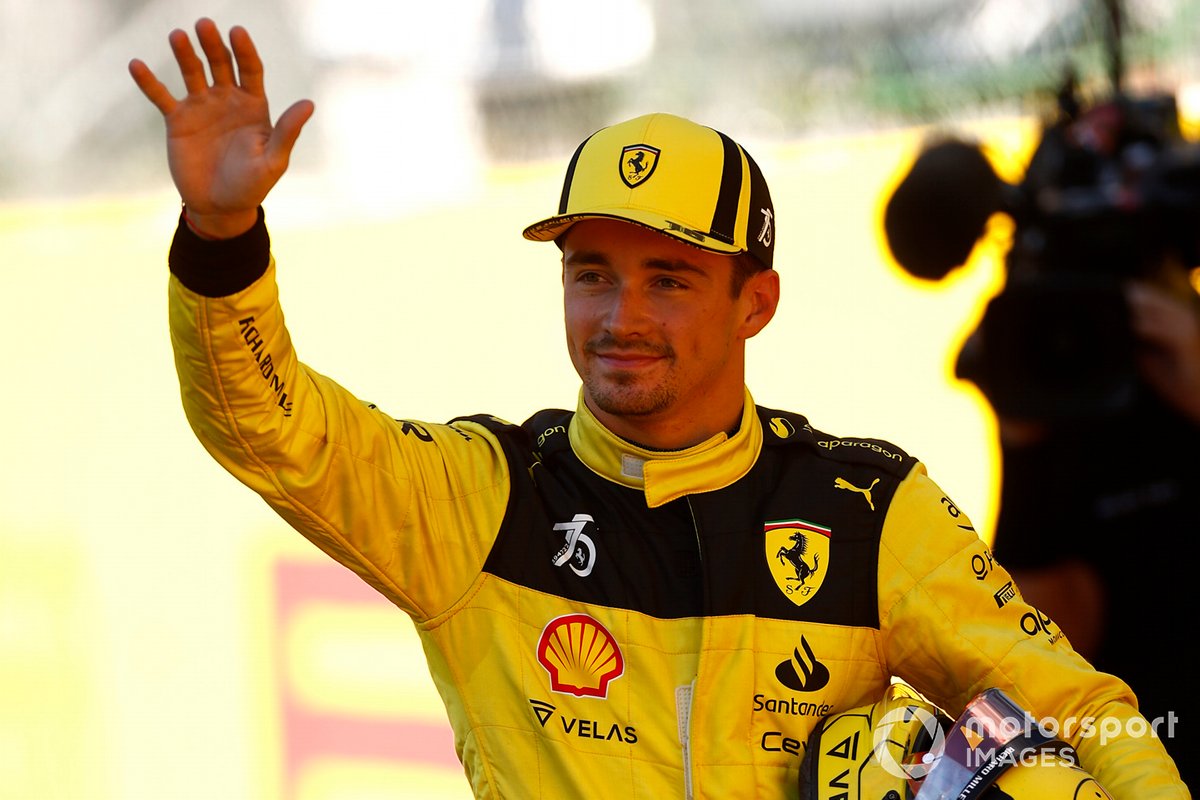 "In FP1 and FP2 we tested a lot of things across cars with Carlos and we found different directions that were interesting.

"We were really struggling at Spa, and we found some pace. It shows we are going in the right direction.

"The lap I'm extremely happy with. The first run I didn't do a great lap but then I managed to put everything together."

On Friday Leclerc said he was even happier with his Ferrari's race pace than its one-lap potential, and after his pole he reiterated his confidence that he can finish off the job on Sunday.

"Our race pace is strong, the feeling was really good," he said after stepping out of the car.

"Whatever happens on the first lap, I think we still have the pace to win the race. I think we can have a good Sunday."