Regardless of Verstappen taking a five-place grid drop for a new internal combustion engine, Leclerc set the pace at Monza by a quarter of a second to the delight of the home fans as Sainz - who will start at the back of the grid - clocked third over Perez.

Verstappen initially settled for third, despite his second-sector prowess, as he was a little under a tenth adrift of the second F1-75.

And then for the climax, it looked as though the Red Bull might offer a last-ditch reply when Verstappen clocked the fastest run through the middle part of the circuit yet again to heap on the pressure.

Even though Leclerc had been a couple of hundredths slower than Sainz’s benchmark in S1 and never stitched together a purple sector, his combined effort scored a peerless 1m20.161s.

With Perez dropping 10 places - the Mexican having been a league behind the top three as he 0.8s down on the sister Red Bull - and Hamilton another driver exceeding his permitted parts limit, George Russell will start alongside Leclerc.

This came despite the Mercedes W13 again struggling to heat its tyres. 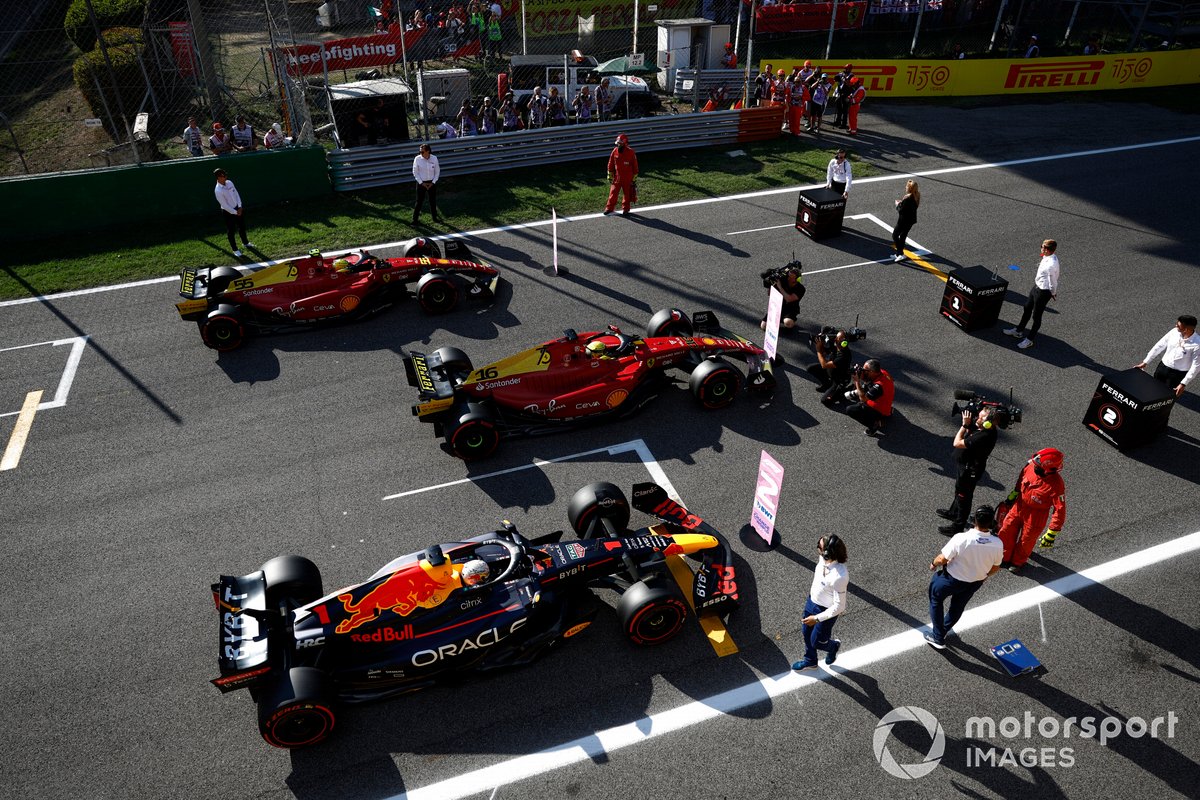 Gasly had fired himself into the top 10 shootout courtesy of a 1m22.062s effort in Q2 to find 0.07s over Esteban Ocon, the Alpine driver missing out in 11th place after running slower in the first and second sectors compared to his previous lap.

Gasly escaped the stewards’ attention for being released side-by-side with Lando Norris as part of a late flurry to find track position when all left the garages with 2m20s to go.

Valtteri Bottas, who struggled on the brakes throughout practice, ran to 12th ahead of 2020-21 Formula E champion and Alex Albon replacement Nyck de Vries aboard the Williams.

De Vries had been complaining in his first-ever F1 qualifying session of struggling on the brakes into the first chicane, but his final flying lap was scuppered later in the lap.

On the approach to the second chicane, the Dutch driver locked the rears to suffer a big snap which he eventually caught, but immediately knew his qualifying session was done.

Nevertheless, he put the FW44’s straight-line speed supremacy to good use to snare 14th ahead of Zhou Guanyu’s Alfa Romeo and Yuki Tsunoda.

The AlphaTauri driver, who joins Hamilton and Sainz with a back of the grid penalty, did not take part in Q2.

That came after Verstappen became the first driver of the weekend to fall below 1m21s, having topped the 18-minute Q1 by 0.35s over Leclerc courtesy of his 1m20.922s flier. 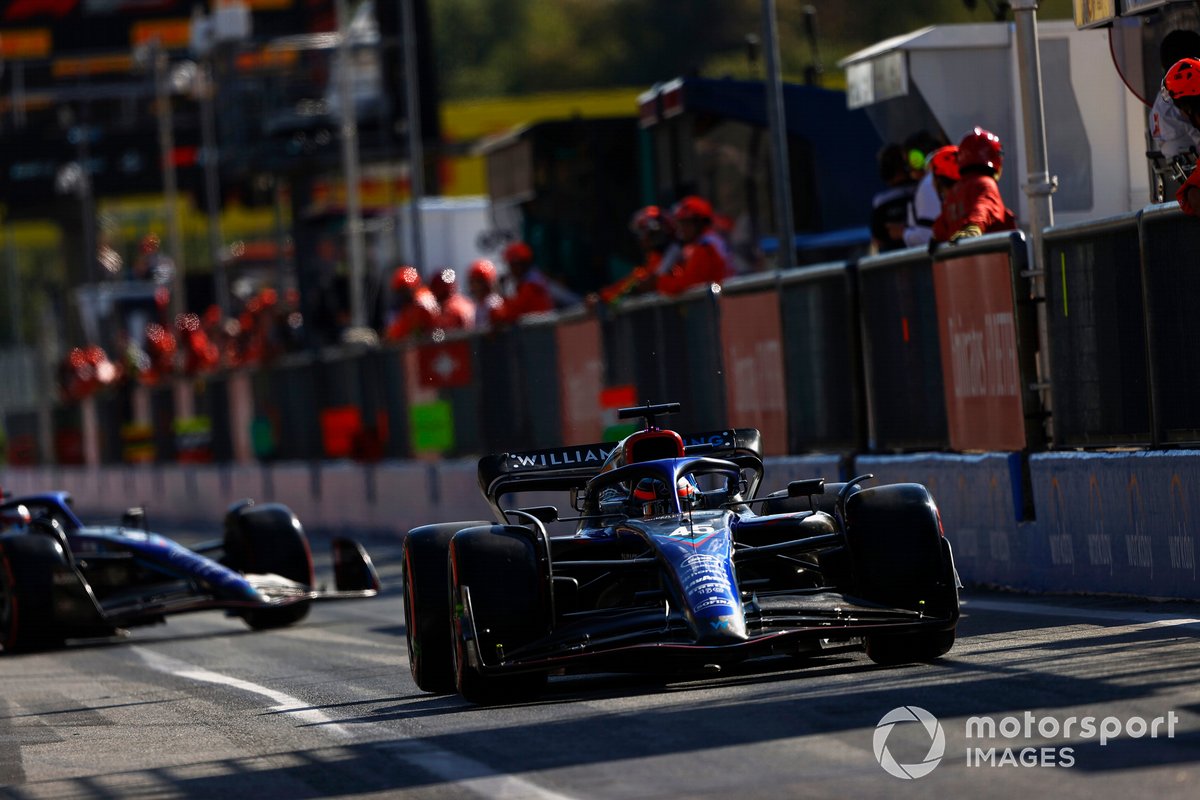 But it was less rosy for Nicholas Latifi, whose struggles on the brakes eliminated him in the first part of qualifying as he lapped just two hundredths slower than de Vries’s first go.

Subbing for an appendicitis-sidelined Albon, de Vries hung on for a Q2 appearance despite his final faster lap in Q1 behind scrubbed for pushing his luck with track limits.

Sebastian Vettel, meanwhile, continued his run of Q1 exits in 17th while Lance Stroll was only 18th in the second Aston Martin as Haas brought up the rear.

It was a messy session for both VF-22s, as Kevin Magnussen twice had his times deleted for exceeding track limits thanks to a brace of offences at the second Lesmo.

Mick Schumacher, who was stymied in practice by clutch issues, ran slowest after a considerable front-right lock up into the first chicane to run straight on.