Championship leader Verstappen pipped Leclerc to pole position in qualifying at Zandvoort on Saturday, edging the Ferrari driver out by just two hundredths of a second in Q3.

Overtaking is notoriously difficult around the tight Zandvoort layout, making it important for Leclerc to get the jump on Verstappen early on for the best chance of reducing the 98-point gap between them in the standings.

But Leclerc hoped Ferrari could use the fact it has two cars starting in the top three to its advantage, with team-mate Carlos Sainz P3 on the grid.

“It's a track where it’s very difficult to overtake,” said Leclerc after qualifying.

“I hope that we will be as close as we were today, and hopefully we can play a little bit with Carlos and I to put Max under pressure.”

Leclerc thought that opting for split strategies was "a good thing to do when we are in this situation", but still needed to discuss options with the team. 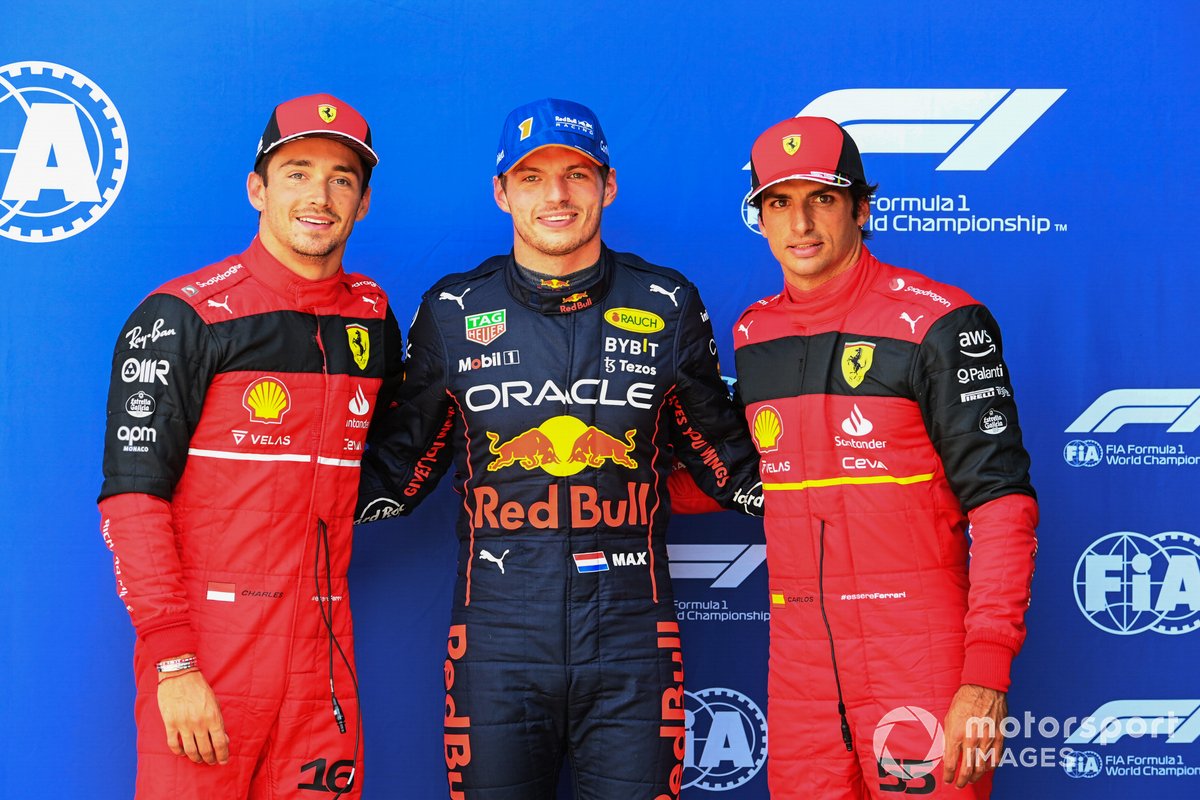 Last year’s race at Zandvoort saw Mercedes try to split its strategies with Lewis Hamilton and Valtteri Bottas in a bid to defeat Verstappen, only for the Dutchman to still comfortably win his home race.

Ferrari is seeking its first race win since the Austrian Grand Prix in mid-July, having seen the gap at the top of both championships grow over the past three rounds.

Verstappen scored a resounding win for Red Bull at Spa last weekend despite starting 14th on the grid, although the gap to Ferrari does appear to have dropped at Zandvoort.

Sainz anticipated it would be a “tight race” at the front, noting Red Bull and even Mercedes “seem to have something there that we haven't had recently” come race day.

“But if we go back to France and Austria, we had something on Sunday, no?” Sainz added.

“So yeah, hopefully it is more like that race and we can challenge Max during the whole race.”

Asked if he thought Mercedes would join the fight at the front, Sainz said: “Yes, I think they’re going to be at least as quick as us in the race, and I think they're going to be in the mix around the pitstops.

“It’s going to be a good fight with the other five cars.”