Charles Leclerc says he “loves” Formula 1’s new sprint format and enjoyed the fact that he was able to push for the full 17-lap distance.

The Ferrari driver revealed that starting the short event at Silverstone on Saturday with a lighter fuel load and thus a more nimble car reminded him of the sport’s refuelling era, when drivers were able to charge between pitstops.

Leclerc qualified fourth and then maintained his position throughout the sprint, helped by the fact that the fast-starting Fernando Alonso initially held up the McLarens of Lando Norris and Daniel Ricciardo.

The Ferrari driver will start Sunday's British GP from fourth.

“It is a big, big difference,” Leclerc said when asked by Autosport about the lower weight at the start.

“It's very nice. I prefer to drive in those conditions, it makes me think about refuelling a little bit, because it feels very good and I think for racing also for those tyres they are in a much better window and it makes us push a lot more.

“Seventeen laps pushing flat out is normally not something we are used to unfortunately, so it feels good to be pushing for 17 laps.” 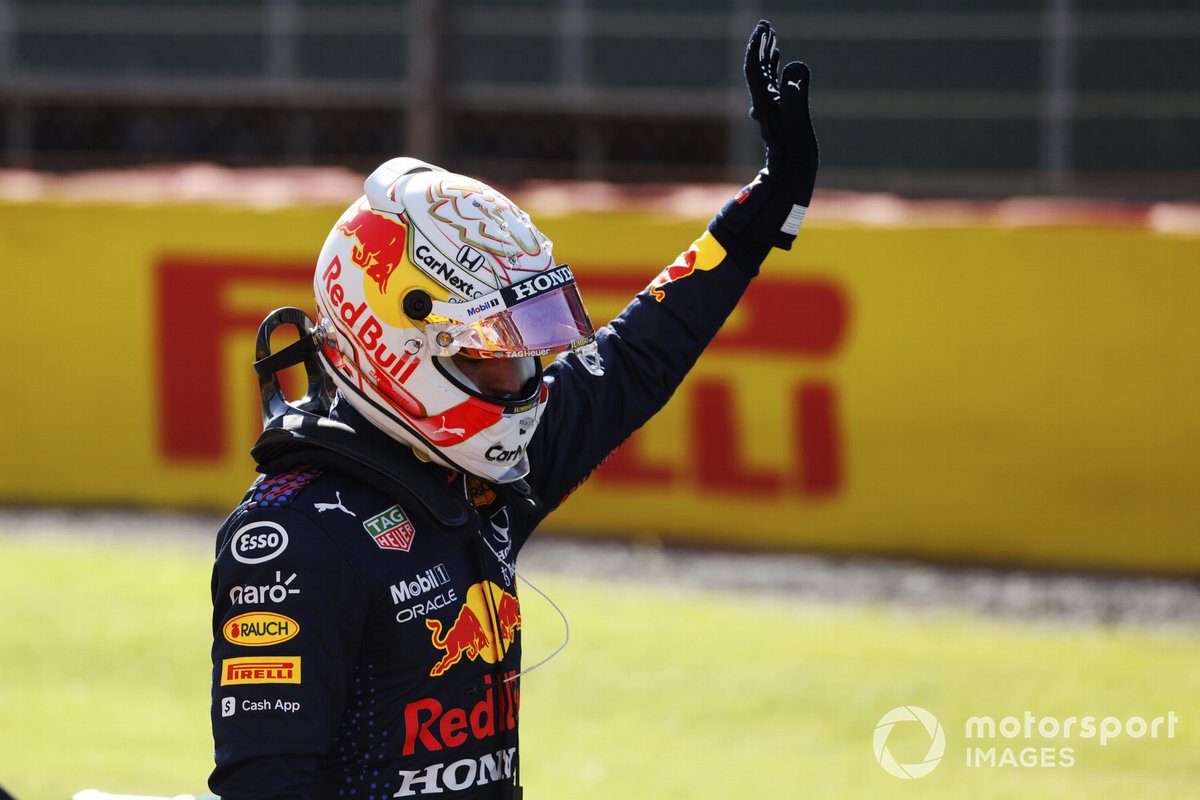 “I think what was nice in the beginning was of course you start with lower fuel in this race,” said the Red Bull driver.

“So, naturally the cars are faster and that is what you like and the car is a bit more alive.

"So, that was fun compared to a heavy car and everything and it’s just slow in the beginning, so I enjoyed that bit for sure.”

Leclerc also appreciated the fact that Friday was more challenging, with a single practice session followed by qualifying.

“Honestly I loved it,” said the Monegasque driver.

“I really like this format for now because in some races for sure there won't be much action in the sprint qualifying, but at least it makes it exciting for every day.

“Normally I'm so bored in the car on the Friday, yesterday felt a bit more exciting and there was a bit more to gain to push straight out of the box in FP1 to be ready for qualifying.

“Sprint qualifying is cool, you get to push for 17 laps straight, but what I enjoy most is the Friday change, having the qualifying on Friday makes it a lot more exciting for us drivers.”

On Thursday, Leclerc suggested that the new schedule could play to Ferrari’s strengths, as typically the Italian team arrives at a track with a close to optimum set-up that requires few changes.

“We are always quite good, actually yesterday from free practice to qualifying I didn't even change the car, the car felt good and that's why I was saying 'I hope we will take advantage of that,’ and I think we did this weekend.”

Asked how often the sprint format should be used in 2022, Leclerc admits it's still "early" to determine that.