Kvyat's Formula 1 season was about 'survival' after Red Bull axing

Daniil Kvyat says his 2016 Formula 1 season was one of "survival", after he was demoted from Red Bull's top team back to its junior squad Toro Rosso mid-year

The Russian started the season with Red Bull, after outscoring Daniel Ricciardo during their first year as F1 team-mates, and finished on the podium in the third grand prix of the year in China.

After his home race, though, Kvyat was sent back to Toro Rosso, with Max Verstappen moving in the other direction and winning the subsequent Spanish Grand Prix.

Kvyat admitted that he had been nervous about his future in F1 as he struggled, but ultimately earned a new deal based on Toro Rosso's preference to have driver continuity entering 2017's major technical changes.

"This season I will remember for a long time, even if I don't want to remember it," Kvyat told Autosport.

"It was a survival season, which is not a nice feeling for a driver at all. It felt very long.

"I do love my sport so if the season feels endless it must be a really tough season.

"But I learned a lot about myself and I had a lot of great people around me, we brought in new engineers who were great to me, very supportive." 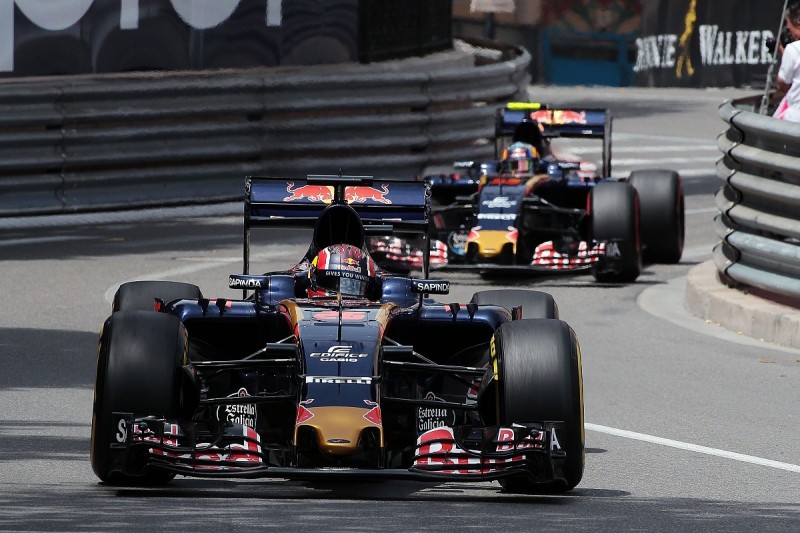 Kvyat said it was a confusing time when he rejoined Toro Rosso, which impacted on the time it took him to get back up to speed.

He was also outscored by Carlos Sainz Jr 42 points to four across the balance of the season.

"I had to go through a very big drop in performance because I was not understanding what was going on with everything, the situation had changed," he said.

"For me it was a bit harder to come in the situation again when I had to fight the car loads.

"It was obviously shocking for me."

The 22-year-old said he felt alone but took heart from the support he received from those around him.

"Time cures everything but you have to come through the part where you try to push too much," he said.

"You then have to calm yourself down because you're angry with everything, the whole world.

"I felt left completely on my own but looking back now there were a lot of people behind me for who I am very grateful and it's a great feeling to understand who is on my side.

"I'm going to keep fighting next year, I've got an opportunity and you have to be grateful for every day that you live."