Sainz suggested via team radio that Kvyat was "not respecting" arrangements for when they would 'tow' each other on fast laps during qualifying at the last F1 round in Montreal.

But Kvyat said Toro Rosso's policy is for its drivers to take it in turns at alternating races to help the other out, with Kvyat the beneficiary in Canada as per the rotation.

When asked by Autosport for his reaction to Sainz's comments, Kvyat retorted: "He was behaving incorrectly after qualifying.

"What I see in qualifying data is zero gain for me in the tow.

"He's just seeing a ghost behind the corners.

"We are rotating, that's how our strategy works: one race I'm behind, the next race he's behind.

"In Baku he would have been getting a tow but now I'm not sure I really want to collaborate in qualifying anymore.

"From my side everything is clear as the sky, absolutely clear.

"If he has some questions to me, he's more than free to come and talk to me, if he's brave enough.

"If he's not brave enough, he'll come and talk to you guys and send hidden messages to the media all the time." 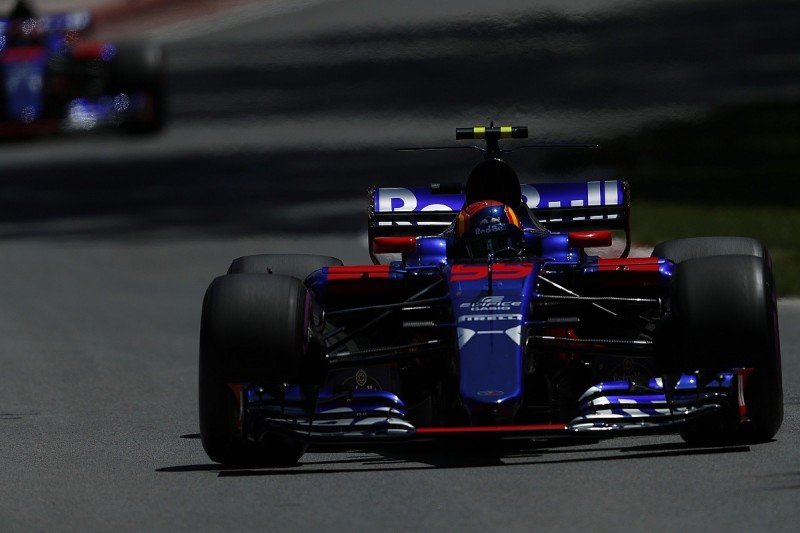 Sainz said the team discussed his concerns at a meeting after Montreal qualifying and that the matter was now "forgotten about".

"I prefer not to talk [about it]," said Sainz. "That will stay inside the team.

"I expressed my opinion and my thoughts about the situation, which at the point I thought it was clearly unfair towards me, especially in this kind of track.

"I expressed them, discussed them and now we have forgotten about it and found a solution for that.

"We are happy [going forward]."

How to decide racing's champion of champions