Renault Sport Formula 1 boss Cyril Abiteboul says there will be no "magic bullet" engine upgrade in 2017, and the focus instead is on reliability

The reliability changes are designed to allow the Renault engine to run at higher performance levels for longer, a similar approach to that being pursued by Mercedes as major power gains become harder to find in the fourth season of the current formula.

Red Bull management had suggested earlier in 2017 that a Renault performance upgrade was due for the Canadian Grand Prix, and expressed frustration at its absence during the Montreal F1 event earlier this month.

Asked by Autosport if a major power step was coming soon, Abiteboul replied: "No, there won't be.

"I'm sorry, including for myself and the yellow team, which is the main area of our focus, but there is no such magic bullet anymore.

"I love Red Bull, but they're still not in charge of the development plan of the engine, nor of the communication on the engine side!

"The way that our engine development is working is that we are now in a constant improvement world of development.

"Last year we were in a position that we were suffering a deficit that was such that by bringing something, there was a clear difference to all teams.

"And that is happening almost on a race-to-race basis. 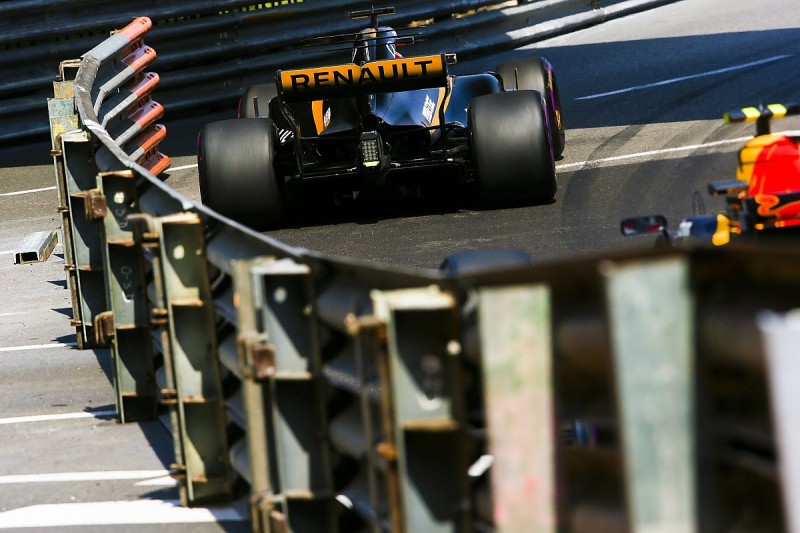 "There are steps that you can do on every single race weekend, when that does not involve new hardware, and then there is new hardware, which will be based on a new power unit, obviously."

Abiteboul is confident the next wave of engines will allow all Renault users to run harder for longer.

"We have better reliability," he said.

"Maybe we will continue to have some difficulties because we're still using the first engine of the season, but the engines that will be introduced will have a much better reliability rate, which means that we can improve in terms of mileage that we can cover at maximum performance.

"Mercedes has talked about that, and it's the same thing on our side.

"It gives us also the possibility to explore different utilisation modes of the engine, which we will be starting to do in the next few races.

"And there will be more changes of the hardware also to improve the reliability."

He acknowledged that a performance upgrade could yet be introduced, assuming it is proven on the dyno.

Abiteboul also suggested that new technology could feature on the 2018 engine.

"We are already well advanced for next year's engine, which is representing a certain innovation in one particular area - or several areas," he said.

"But even there it's a composition of small steps everywhere on the engine package."