Red Bull fears it and Mercedes will have no option but to keep developing their 2021 Formula 1 cars long into the season if the title battle remains super close.

The two teams have taken a victory apiece so far this year, with Lewis Hamilton winning the season opener in Bahrain and Max Verstappen triumphing at Imola last weekend.

With very little to choose in performance terms between the two cars, both teams are continuing to push hard to improve their packages as much as possible.

However, with F1 teams knowing they need to commit as much resource as possible to developing the all-new 2022 challenger, there will soon come a point where they will have to decide when to abandon the current project.

Red Bull motorsport advisor Helmut Marko reckons, however, that one of the consequences for his team and Mercedes if things remain as close is that both will have to keep pushing on beyond the point that is ideal to stop.

He is clear that Red Bull needs to knuckle down and do everything to win the title, which is why he welcomes the buzz the team's form has delivered. 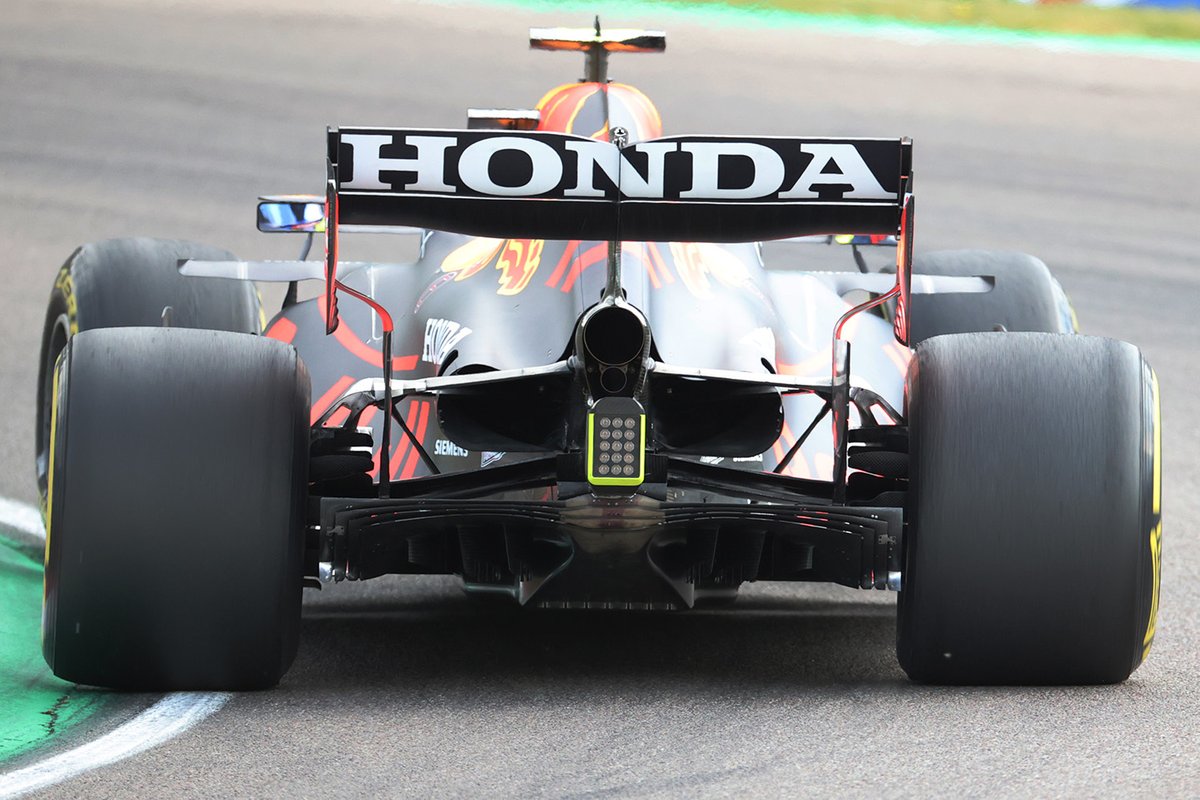 "We need this euphoria, and also the passion and enthusiasm," he told Red Bull-owned channel ServusTV. "There are still 19 races to go [sic, 21 according to current schedule], and we have to give everything.

"The problem will come about before the summer break, when, theoretically, capacities will then be put on to the new development of the 2022 car.

"The only thing is: if we both continue to be so close together, I believe that neither Mercedes nor us - and certainly not us - will back down anywhere in development."

The performance gap between the Red Bull and Mercedes cars appears very small. The RB16B appears to be quicker over a single lap, but the W12 looks like it has an edge with tyre management over long runs.

Marko reckons at the moment that Mercedes has the advantage in race pace, although thinks cooler conditions in Imola influenced things a bit too.

"I think Mercedes had the faster car in Imola seen over the race distance," he said. "On the single lap we were faster. But I also think it has to do with the lower temperatures. Plus the handling of the tyres is also a bit better from the Mercedes chassis at the moment."

Red Bull team principal Christian Horner believes it will take another two races at least to get a proper picture on which teams holds the advantage in F1.

"I think we've now had a sample of two races and I always said it would take four races or so to see a true reflection of the competitive positions of each of the teams," he said.

"We're starting to see a pattern that its very, very tight between the cars, and Lewis and Max. And it's at the moment, marginal gains here and there.

"We see that they've got very good range and degradation. But definitely it [the Imola weekend] cements the pace that we had in both the Bahrain test and the Bahrain race.

"And I hope selfishly for us, but also I think for Formula 1, they're crying out for a great rivalry between these two drivers. The sport will benefit from that."