Palmer was forced to sit out Saturday's session at the Mexico City F1 race, after Renault discovered a crack on the left side of his chassis, next to the seatbelt mounting.

The British racer reported dropping a wheel off the exit kerb coming out of the final corner of his third lap in FP3, but he still completed 14 laps in total and ended up 14th quickest at the end of the session.

Subsequent investigations found a level of damage that was deemed too severe for Palmer to take part in qualifying.

"Coming out the last corner I just dropped a wheel, about an inch the other side, and it was just enough to straddle," Palmer explained.

"It wasn't a very big touch, so I was thinking the car might be completely fine - even no floor damage, but it obviously did a lot more damage than it felt.

"At no point did it cross my mind that it could have been any more than that. 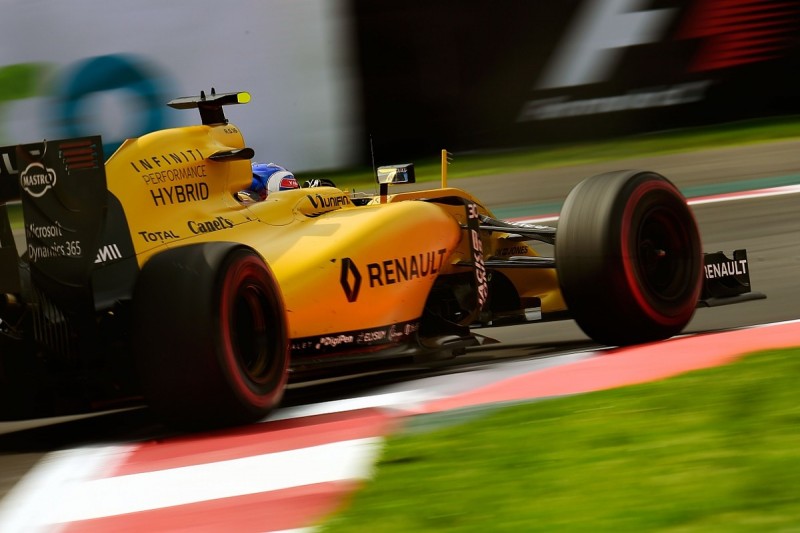 With Renault team-mate Kevin Magnussen qualifying 14th, Dannil Kvyat's Toro Rosso encountering electrical problems, and both Haas drivers exiting in Q1, Palmer felt sure he would have shown well had he been able to participate.

"I'm not worried from a safety point of view, it's just a real shame from a performance point of view - especially because FP3 was fine, even with a cracked chassis and not a completely intact floor," Palmer added.

"We were still 14th and I was feeling really good, quite happy with the car.

"There was a very good qualifying on the cards today. Q2 was there I'm sure.

"It's frustrating because I could see the opportunity was there, but I have to show what I can do from the back tomorrow now."