There was relief all round inside the McLaren Technology Centre in Woking when Button secured the team's first points of the season with eighth place in Monaco, with its slow, twisty streets ideal for the MP4-30.

Next up, however, is a run of power tracks, starting with Montreal's Circuit Gilles Villeneuve and followed by the Red Bull Ring and Silverstone.

Honda chief Yasuhisa Arai has already stated more horsepower is needed for the coming races if McLaren is to maintain its upward progress.

Although naturally happy with the steps taken by McLaren and Honda since a troubled pre-season, Button is also wary of a venue of Montreal's nature striking at the team's Achilles heel.

"In the first race we qualified on the back row, and now we're qualifying much higher," assessed Button, who would have qualified in the top 10 in Monaco but for yellow flags.

"Every race we have gained a couple of places in qualifying, we've got closer and closer, a general step forward we've had every race.

"But I think the next race we won't have a step forward in terms of performance because there are a lot of long straights. It is a circuit that won't suit us well.

"But you never know, we might still get some points there.

"We both enjoy Canada, but it won't be as easy there to score points, and then we're on to Austria where we have some more updates.

"Hopefully we will see better performances more consistently through to the end of the year." 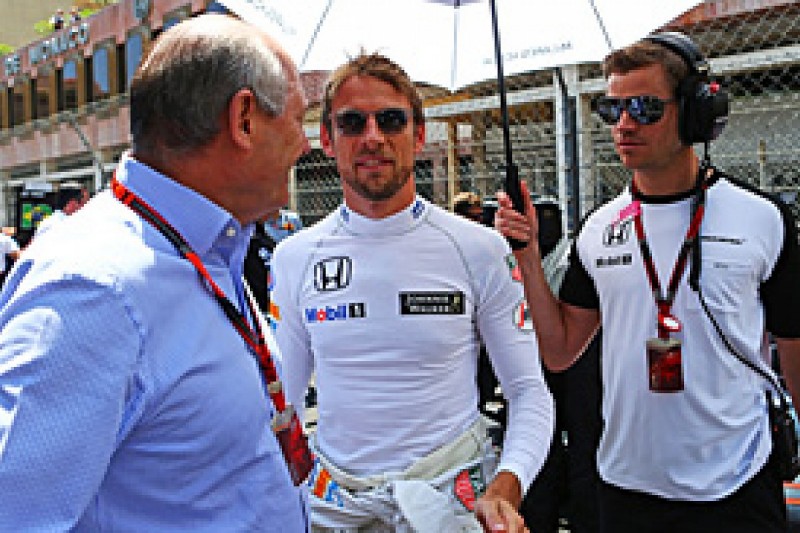 Button concedes it is the continual improvement from the team that has kept the spirits high of both himself and team-mate Fernando Alonso over these past few months.

"If you're not at the front fighting for wins, you might as well be where we've been," suggested Button.

"If you are sitting still and near the back it's bloody tough, but when you're with a new project and things are improving every race it keeps you positive, even if, like Fernando and myself, you've been at the front for many years.

"And when I talk about improving I don't just mean laptimes, I mean with the way we work, the understanding between McLaren and Honda, the progress in many different areas.

"All good things that are worth fighting for take time, a lot of effort, energy and mental strength."

What Monaco can teach Azerbaijan