Nico Hulkenberg has teased a "more exciting Thursday" at the Belgian Grand Prix, amid reports Esteban Ocon will take his Renault Formula 1 seat and Mercedes will retain Valtteri Bottas

Hulkenberg's deal with the Renault works team expires at the end of 2019 and reports in Germany and France have suggested he will be replaced by Ocon next year.

Ocon was in the running for the second Mercedes seat alongside Lewis Hamilton for 2020, but were Mercedes to choose Bottas then Ocon would be free to strike a deal with another team.

Mercedes team principal Toto Wolff said he would use the summer break to choose between Hamilton's existing team-mate Bottas and reserve driver Ocon.

While no announcement has been made ahead of this weekend's Belgian GP, Ocon has been increasingly linked with a move to Renault and Haas has also been tipped as a potential destination.

On Tuesday, Hulkenberg responded to the front cover of the latest issue of French publication Auto Hebdo, which declares Ocon's move to Renault is a done deal and includes a mock picture of Ocon in a Renault race suit.

"Finally a more exciting Thursday ahead," Hulkenberg wrote on his Instagram story in a caption that accompanied a picture of the Ocon/Renault magazine cover.

When approached by Autosport, a Renault spokesperson said the team had no comment to make on the French story "or rumours otherwise".

Mercedes has given no indication regarding the outcome of its driver deliberations. 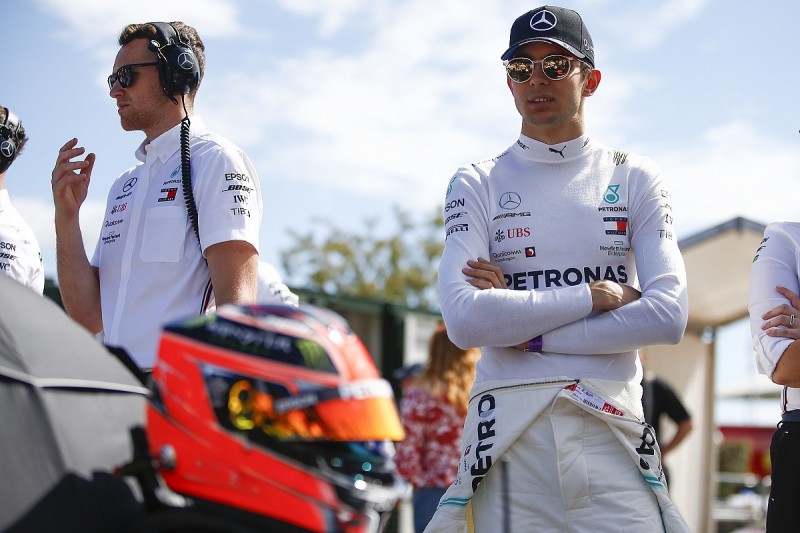 Ocon was due to join Renault for 2019 but was snubbed when the team made the shock move to sign Daniel Ricciardo from Red Bull instead.

However, 12 months later, he has the opportunity to join Ricciardo at the French works team - where he was a test driver in 2016.

Hulkenberg has been key to Renault finishing sixth and fourth in the constructors' championship in the seasons he has raced for the team.

But he has struggled to match Ricciardo this season, has been outscored 22-17 in the points and been critical of Renault's lack of progress.

Renault boss Cyril Abiteboul made it clear at the French Grand Prix it was looking at alternative options.

He indicated it would likely enter discussions "after the summer break", but the timing would have been influenced by Ocon's role in Mercedes' deliberations.

Hulkenberg and Bottas are both due to speak on Thursday at Spa as part of the usual pre-race media arrangements.