How the F1 pendulum swung from Nico Rosberg to Lewis Hamilton

Momentum can play a huge part in the destiny of a Formula 1 title. Nico Rosberg started 2016 with it, Lewis Hamilton emphatically has it now

If a driver finds themselves in a groove and their car is reliable, such a combination can prove unstoppable - and that's the exact word Mercedes motorsport boss Toto Wolff used to describe Hamilton through the British Grand Prix weekend.

Having watched Rosberg win the first four races of the year, Hamilton was staring at a 43-point deficit following their infamous Spanish GP first-lap wipeout.

Five races later, just a solitary point separates the duo, with momentum clearly on Hamilton's side.

At the start of the year it was Rosberg in the ascendancy, with the energy gained from his run of three straight wins at the end of 2015, all coming after Hamilton won his third title.

There certainly appeared to be a laissez-faire approach from Hamilton at the end of last year, and despite his insistence he had returned more focused, it seemed to spill over into early 2016.

The defeats to Rosberg in Australia and Bahrain, despite starting from pole in both, were predominantly of Hamilton's own making given his slow getaways. Bahrain was particularly "painful" as that poor start was compounded by contact from Valtteri Bottas.

Just as Hamilton tidied up his driving, the gremlins then began to take a stranglehold - gearbox and engine problems mounting up in China and Russia and leaving him feeling "almost helpless".

Hamilton may have ended the Sochi weekend insisting he had a "glass half-full" attitude, but he was openly admitting grid penalties later in the year looked inevitable and the air of resignation in his voice after his second straight Q3 power unit problem was impossible to miss.

Meanwhile Rosberg was doing his best to sound philosophical and realistic as he hit that 43-point advantage, saying of Hamilton "he is going to come back, of course. He's on it, and as motivated as ever".

Then came the incident in Spain.

In 2014, Hamilton responded to their Spa collision by winning five races in a row and seizing control of the title battle. The tangle seemed to shake him up, in a good way.

When Hamilton sat in the cockpit of his battered, beached Mercedes at Barcelona this year, his head in his hands, you could almost sense him thinking 'wake up! What are you doing?' 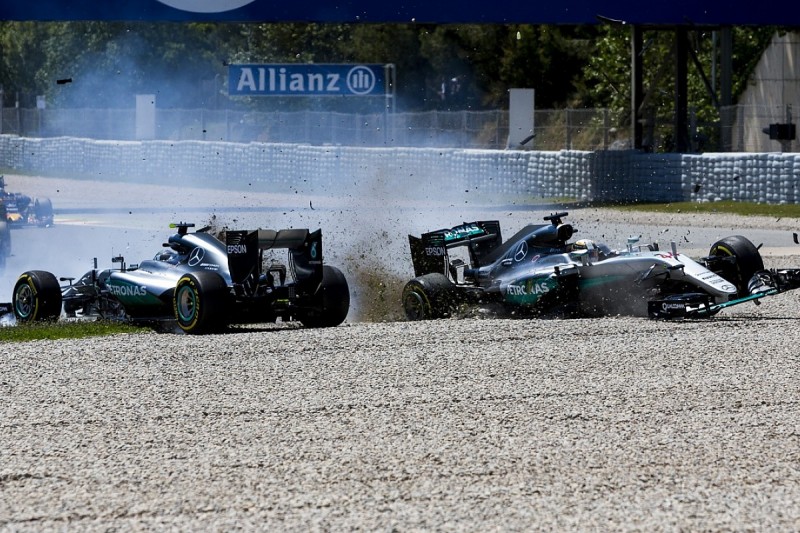 That clash was always going to be a turning point, a chance for one driver to respond to the disaster more positively than the other and take charge.

Hamilton has done so, though he's been helped by the fortune so lacking from his first five races turning in his favour.

A pair of Hamilton wins followed the crash in Spain, while Rosberg struggled to get heat into his brakes in Monaco's rain and was then outmuscled at the first corner in Canada in a manner that suggested the tide was turning - the gap down from 43 to nine already.

There was a blip in Baku - Hamilton's qualifying crash giving Rosberg the chance to win, re-establish a 24-point lead and hint he might keep his edge after all.

It proved a false dawn: Rosberg came off worst in the Austria skirmish and proved distinctively second-best in Britain even before his post-race radio rules penalty.

It's not just about the on-paper results, it's the impact they're having on morale. Regardless of whether his points lead has been huge or tiny this year, Rosberg has tried to insist he's not paying much attention to the standings.

Conversely, there's no mistaking the rise in Hamilton's spirits.

"If I hadn't have had some of the problems I've had - Shanghai, for example, I feel I could've won there, and in Russia where I had great pace - there would've been more wins," he said recently.

"I really, really feel that since that low after Barcelona I was able to cultivate a very, very positive and strong mental attitude.

"That's what I have today and that's why I've won whatever it is out of whatever races now since then [four out of five], and I plan to continue."

Hamilton enjoyed a spot of crowdsurfing by way of celebration for his British Grand Prix triumph. It was not only a popular move with the home fans, it was a very apt metaphor for the crest of a wave he's riding as he heads to Hungary this weekend. 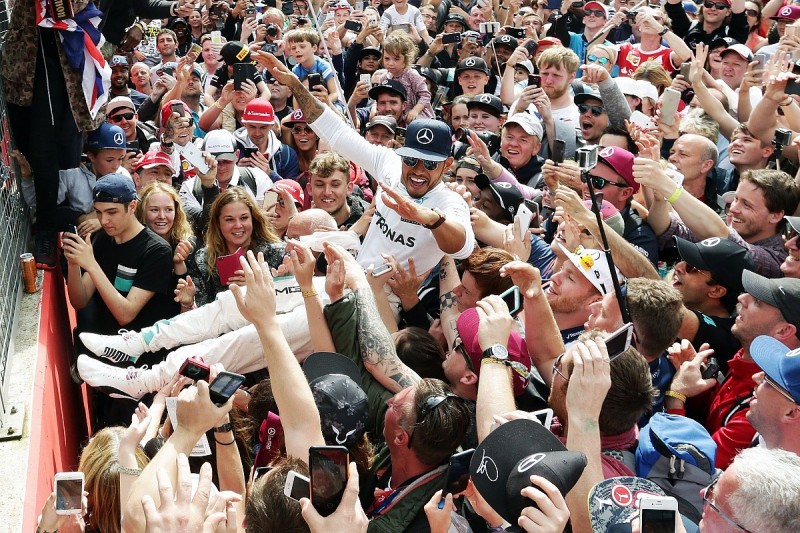 Can F1's newest force of nature be stopped?