Mercedes' director of trackside engineering has outlined how his team's efforts to address the W13's various problems during the 2022 Formula 1 season led to it investing in new design tools.

Mercedes' 2022 challenger has gone down as its worst since it became a regular title-winning force at the start of the V6 hybrid era in 2014, with the first Silver Arrow since 2019 most closely associated with the porpoising problem that impacted all F1 squads in the first season of the championship's return to ground-effects regulations.

After the team discovered the severity of its porpoising problem at the second 2022 pre-season test, Mercedes realised it needed to upgrade its design tools so future updates could address the aerodynamic issues causing porpoising.

"The way that we're working, the way that we're assessing developments on the car – that is what we've been investing in," director of trackside engineering Andrew Shovlin told Autosport at the end of the 2022 season.

"And that investment has meant that the car that we [were] racing on track is perhaps not as quick as it would've been if we'd gone flat out with our development heads on.

PLUS: How a Honda F1 failure demonstrates massive Mercedes progress

"But it was very much a case of trying to crack the code of what was happening with these cars aerodynamically.

"And, once we could understand that, development-wise it is a bit like 'the lights have suddenly come on again and we can see where we're going and we know what we want chase for future performance'."

It is understood that Mercedes' efforts to improve its design tools were concentrated on making its CFD systems more efficient so they could better model the porpoising problem that had been – per team technical director Mike Elliott – "computationally very expensive" during the initial phase of the W13's conception. 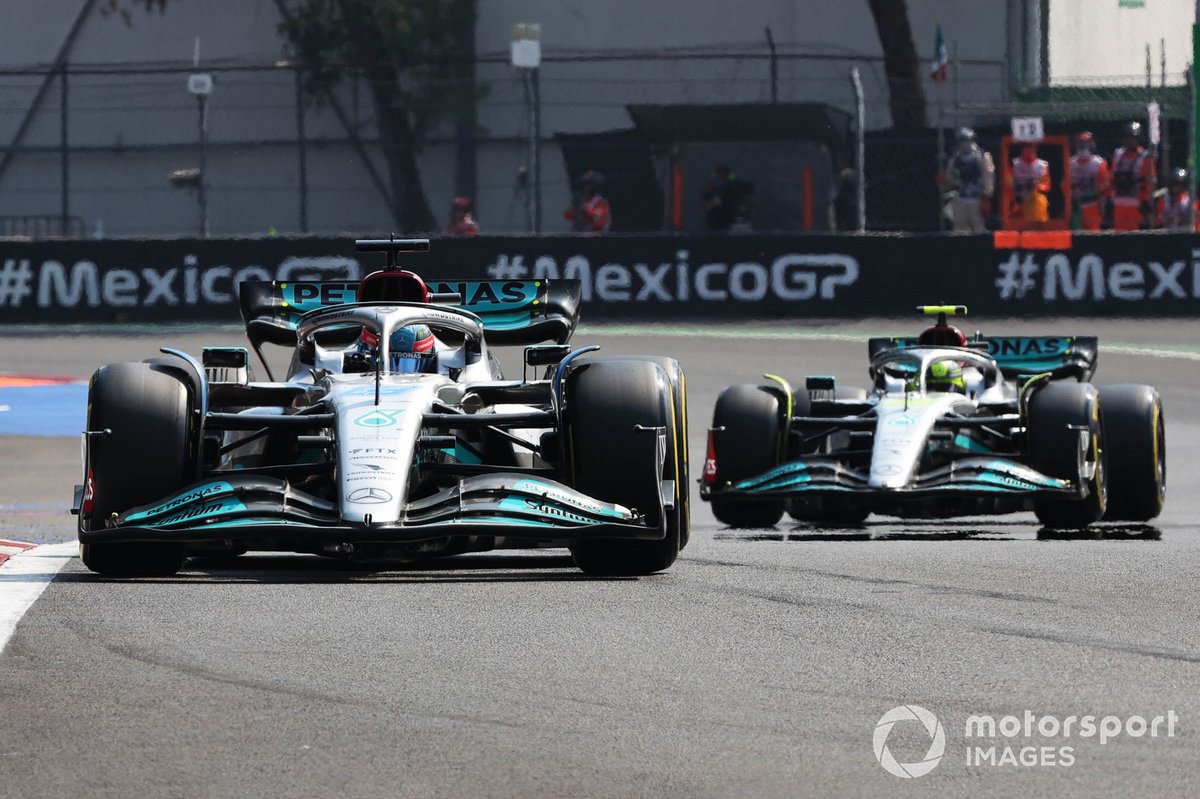 "The issue wasn't so much our windtunnel but there was a mechanism at play that we hadn't captured in any of our modelling or any of our work and that was the porpoising mechanism," Shovlin explained.

"So, there were two things you had to do. One is that you've got to engineer it out of the car.

"Which was, at the time [during the opening races of the 2022 season], fairly painful from a point of view of the distraction, the finite resource that we've got in a cost cap in the aero department that had to funnel into understanding the problem.

PLUS: How a "baked in" F1 flaw consigned Mercedes to a year of recovery

"[That was] some very fundamental and relatively basic work, just trying to work out work actually was going on.

"And then, subsequently [work out]: how do you develop the tools that you need to be able to get back to where we were?'

"Where we could just commit to making a set of parts, bring them to the car and have confidence that they work."

Mercedes' efforts to upgrade its design tools eventually led it to produce the floor and front wing updates that were respectively introduced at the Spanish and US Grand Prix events.

The first initially eliminated its aerodynamic porpoising issue but revealed an additional problem with car stiffness that had to be additionally addressed.

Eventually, the W13 became a winner through George Russell in the Brazilian GP, two races on from the Austin update being introduced.

Andretti says "greed" is behind F1 negativity of entry plans