Christian Horner believes Mercedes is “getting closer and closer” to Red Bull and Ferrari at the front of the Formula 1 pack after recording a season-best result in France.

Red Bull driver Max Verstappen extended his lead at the top of the championship by scoring his seventh win of the season on Sunday, capitalising on Charles Leclerc’s crash while leading.

But the race also saw Mercedes get both of its cars onto the podium for the first time this season as Lewis Hamilton and George Russell finished second and third respectively.

Hamilton sat second behind Verstappen for the restart after the safety car period, but was powerless to battle the Red Bull due to his straight-line speed deficit. Hamilton eventually crossed the line 10 seconds behind Verstappen at the end of the race.

Although Red Bull boss Horner was “not especially” surprised by the top speed of the Mercedes cars, saying “nothing stood out significantly to us”, he remained confident the rival team was making inroads on the leaders.

“They were certainly talking up their chances coming into the weekend,” Horner said after the race at Paul Ricard.

"I think in the end, Max was reasonably comfortable. But you can see they’re chipping away at it, they’re getting closer.”

Horner joked: “I hear Toto [Wolff] said they’re going to work throughout the summer break to improve the car, which would of course be illegal…

“You can see they’re getting closer and closer.” 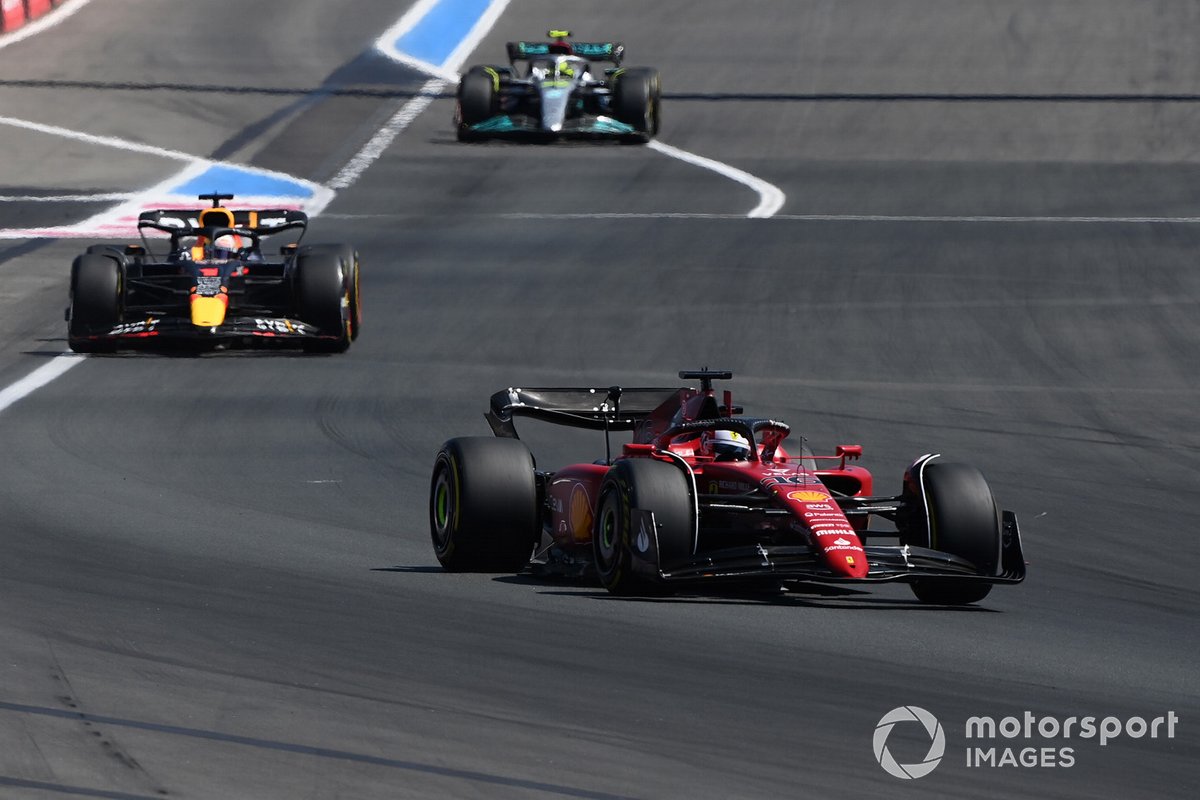 Mercedes had been expected to fare well at Paul Ricard thanks to the circuit’s smooth surface and a layout that appeared to suit the Mercedes W13 car.

Yet Hamilton was still eight tenths of a second off Leclerc’s pole time for Ferrari, while Russell could only manage sixth on the grid before both drivers fought back in the race.

Mercedes F1 chief Wolff said after the race the team was still “lacking in car performance on a single lap and we are lacking performance at the initial stages of the stint”, and there would be no “silver bullet” to remedy these issues as it goes in search of a first win this year.

Verstappen’s victory saw his lead at the top of the drivers’ championship grow to 63 points, but he admitted the gap was bigger than it should be given Ferrari’s recent level of performance, which has been comparable to Red Bull’s.

Asked if he would dispute Ferrari having the quickest car at Paul Ricard, Horner said it was “impossible to really say.”

“Obviously Carlos Sainz looked quick, but then he’s on an offset strategy with the medium tyre when others are on the hard tyre,” Horner said.

“For sure they had a quick car today.”