Fernando Alonso ran the upgraded engine on Friday at Sepang, and he will take a grid penalty for the race as the new parts fall outside his original allocation for the season.

While Alonso will not race the new engine this weekend, introducing it in Malaysia avoids a penalty at Honda's home race in Japan next weekend, and it enabled the manufacturer to gather on-track data.

McLaren racing director Eric Boullier said: "We are happy with today, we did a lot of miles with no issue at all.

"So it's a green light for the future, for the end of the season.

"It's mainly reliability-driven, so it's a reinforced block and a few things on the engine.

"There is a possibility to exploit the power unit a little bit better, but it's definitely not just pure power on top [as a result of the upgrade].

"Fernando made a positive start to his weekend by immediately dropping into the groove and looking impressively quick at times [seventh in FP2].

"It's frustrating that he's facing a grid penalty, but it's something we'd already factored into our weekend.

"We'll work hard to provide him with a car and a strategy to best cope with that setback on Sunday."

Boullier said Jenson Button will get the upgrade "when the mileage of his engines reach the limit", which is likely to be after the Japanese GP. 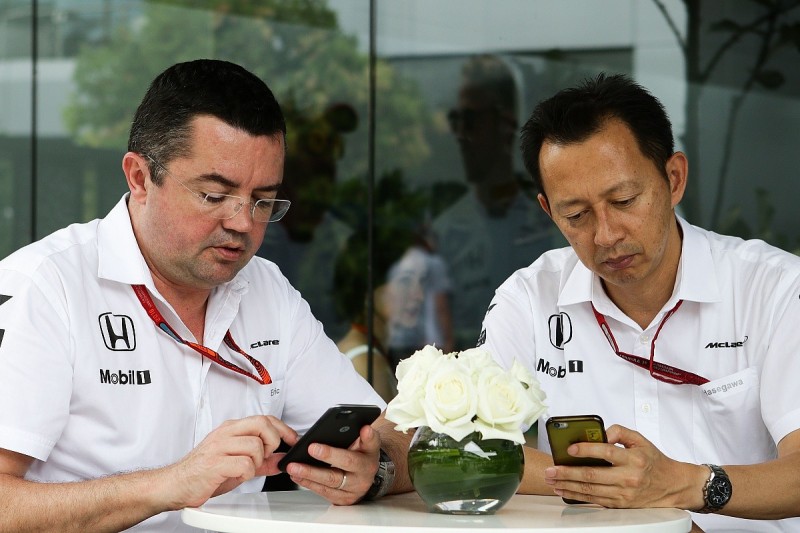 Responding to talk of Honda preparing itself to add a second F1 team in the future, Boullier said it could be a benefit to McLaren to have its engine partner supplying more cars.

"We had a position in the past where we agreed with Honda that it would be better to focus on us, on one team," he said.

"The regulations have changed, so in the future there will be some obligation for an engine manufacturer [to supply more teams if required].

"At some stage it's going to be interesting for Honda and the McLaren-Honda package to have another team.

"We don't know when, so we see this as them just making themselves ready with the possibility in the future that it can happen."