McLaren's engine partner has been working on significant tweaks to its V6 engine in a bid to improve reliability and performance and close the gap to rivals.

It had hoped to introduce its first major performance upgrade of the season at the Canadian Grand Prix, but decided to wait to allow for further testing and development.

Honda's F1 project leader Yusuke Hasegawa said reliability progress achieved at its base was not being replicated on track this season and that this was a new problem for 2017.

"We need to create the same conditions from the track on the dyno.

"The operational conditions are different so we need to understand why that makes a difference to the reliability.

"Last year, we could prove engine reliability on the dyno so we need to understand why now there is some difference from dyno to the circuit running - it's not easy.

"We need to improve the accuracy." 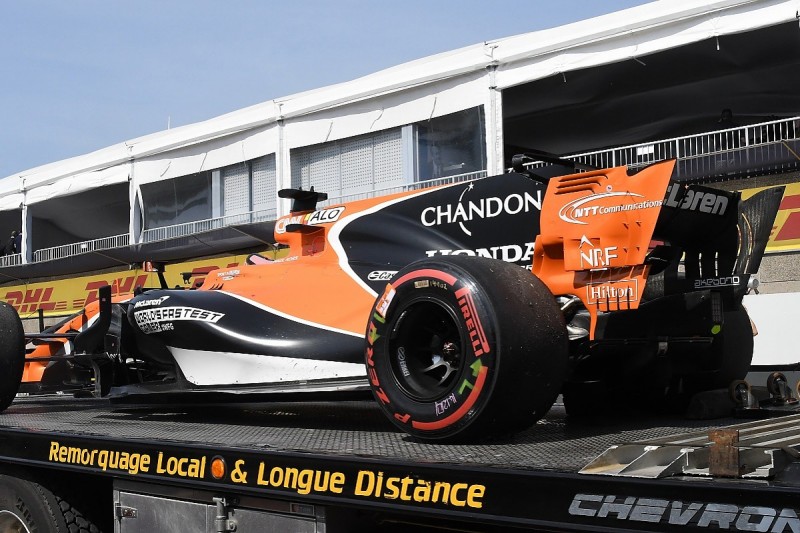 That came after McLaren suffered yet another MGU-H failure in Friday practice, with Stoffel Vandoorne forced to revert to one in his pool of used parts.

"We have the countermeasure part but we didn't introduce it in Canada because we would get a penalty," said Hasegawa.

"If we're confident with the countermeasure, strategically we may choose some circuits to introduce it.

"We don't want to have a failure on the circuit and take a penalty."

The two failures heaped more pressure on Honda, which faced criticism at the start of the race weekend when McLaren's executive director Zak Brown expressed "serious concerns" about its F1 capability.