Honda has expanded its Formula 1 operation in Milton Keynes to provide the space required to supply further teams in the future, according to its chief Yusuke Hasegawa

The Japanese manufacturer has said it is keen to take on additional teams at some point, with Red Bull last year touted as a possible partner for 2016.

Although Honda can have talks with other teams about a supply, it is believed McLaren has the right to veto if it feels any such deal is not in its interests.

Honda is currently focusing its development resources on its works deal with McLaren but work on its UK base, completed in the summer, is a sign that it has an eye on the future.

"We don't have any room to provide any resources to another team but we should be that type of manufacturer," said Hasegawa.

"We have to prepare more resources and organisation.

"Maybe at the end of next year we have to say that we are ready to prepare an engine for another team, so we will prepare the organisation.

"We've already built up the factory in Milton Keynes, a larger one. It's not huge but it is big enough.

"So if we decided to prepare a second engine for a second team we just have to hire the people, the engineers.

"We have plenty of spare desks for them!" 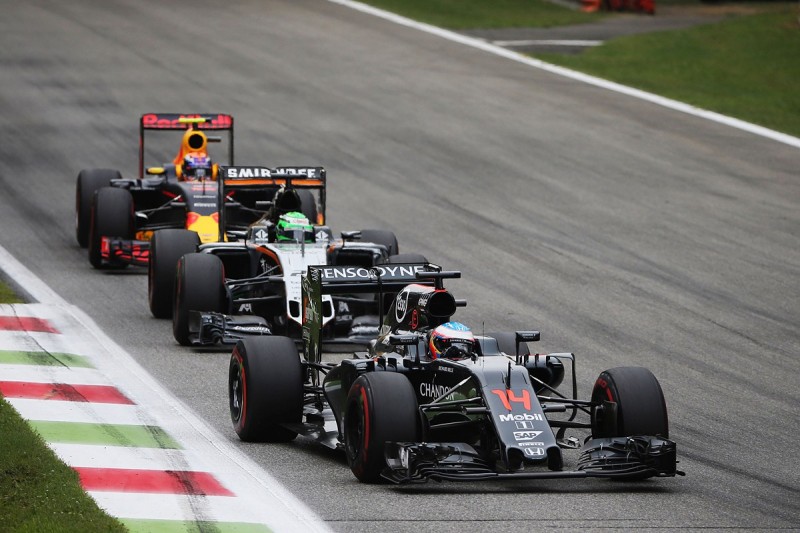 After a challenging return to F1 in 2015, Honda has made solid progress this term to close the gap to rivals Mercedes, Ferrari and Renault.

Hasegawa believes Honda is now "a little bit better than the old Ferrari engine" but when asked if it is still quite a way off this year's Renault and Ferrari he admitted: "Yes, I do think so".

There have been no firm requests for a Honda supply from other F1 teams, but informal conversations have taken place.

Asked if any of McLaren's rivals had expressed an interest in a Honda engine deal, Hasegawa replied: "For the longer term, yes.

"Actually everybody is asking me if there's any possibility that Honda can supply an engine, but it's just chatting.

"From a concrete business point of view, no, we don't have anything."

Do F1 drivers' careers go on too long?