Honda’s Formula 1 technical chief Toyoharu Tanabe says he ‘cannot believe’ the run of engine penalties that rival Mercedes is facing in the closing stages of the season.

The Honda-powered Red Bull team are currently locked in a tight fight with Mercedes for the F1 titles, but recent races have been impacted by grid penalties for its German manufacturer rival.

In Brazil, Lewis Hamilton will take a five-place grid drop for taking his fifth Internal Combustion Engine (ICE) of the season, having already taken an extra one in Turkey.

His team-mate Valtteri Bottas has burned through even more power units, taking new engines in Italy, Russia and the United States.

It means that this weekend’s race in Brazil will be the fifth grand prix out of the last six that one of the Mercedes drivers has faced a grid drop.

Asked in Brazil if he was surprised that Mercedes have had such a run of changes, Tanabe said: “Yes, I'm pretty surprised. Changing the ICE week after week.

“So after, I cannot believe what's going on and why. But from the PU manufacturer point of view, it is disappointing to get a PU penalty for the driver.”

While Mercedes has endured a number of changes, Honda has only needed one extra power unit for its Red Bull drivers after they lost engines due to crash damage earlier in the season.

Max Verstappen’s British Grand Prix unit was damaged beyond repair with his crash at Silverstone, while Sergio Perez lost a power unit after a first corner pile-up in Hungary. 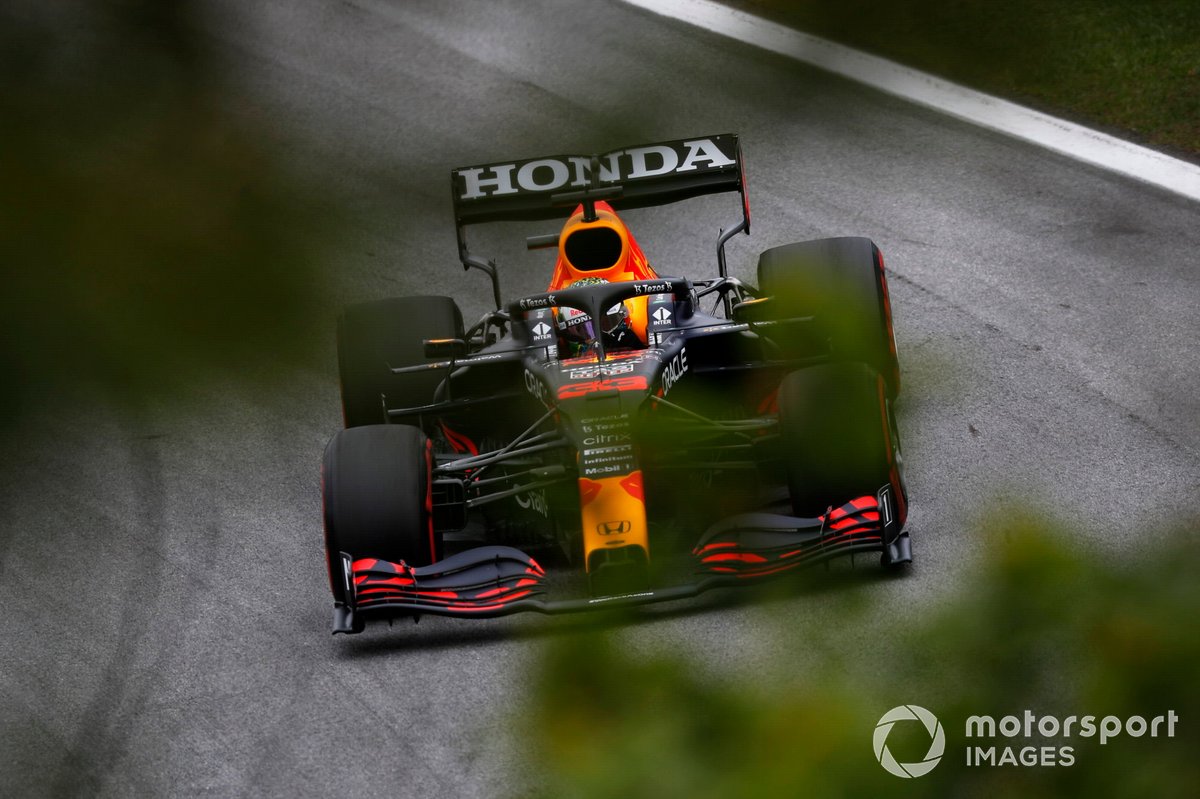 Tanabe said he was confident that Honda could get through the rest of the campaign without a further change, with Verstappen having added his fourth power unit at the Russian GP.

“The current plan is we can manage the PUs the rest of the season for all drivers,” he said. “We had some accidents during the season and then lose some PUs, but at the moment, we have a sufficient number of units for all drivers.”

Asked if he reckoned Honda could have completed the full season on just three power units without the unexpected crash damage, Tanabe said: “I believe yes.”