Lewis Hamilton feels “quite optimistic” about Mercedes’ chances in this weekend’s Formula 1 Hungarian Grand Prix after recording a 1-2 finish in FP2 in high temperatures on Friday.

After seeing Max Verstappen lead FP1 for Red Bull, Valtteri Bottas headed up a sweep of the top two places for Mercedes in second practice at the Hungaroring.

Bottas pipped Hamilton to P1 by just 0.027 seconds, with Verstappen finishing almost three-tenths off the pace in third.

With the air temperature well above 30ºC and the track temperature nudging 50ºC, conditions proved difficult for the drivers in the cockpit and when managing their tyres.

Hamilton called conditions “roasting” and estimated that he lost around 3kg in weight through Friday’s running, but was encouraged by the team’s pace.

“To see Valtteri and I just on the front row pace-wise, I think that’s great for the team, and we’ll only improve on that,” Hamilton said.

“So we’ve got some work to do tonight to try and see how we can finesse the car a little bit more, but it’s a good start.

“[I’m] quite optimistic with the extreme temperatures right now. I’m optimistic because I think we can definitely improve the car balance-wise. And if we can do that, it puts us in a better position for the race as well.

“But of course, it’s much nicer to drive when it’s cooler. These tyres are not happy, most of the time anyways, so they definitely don’t like this temperature.” 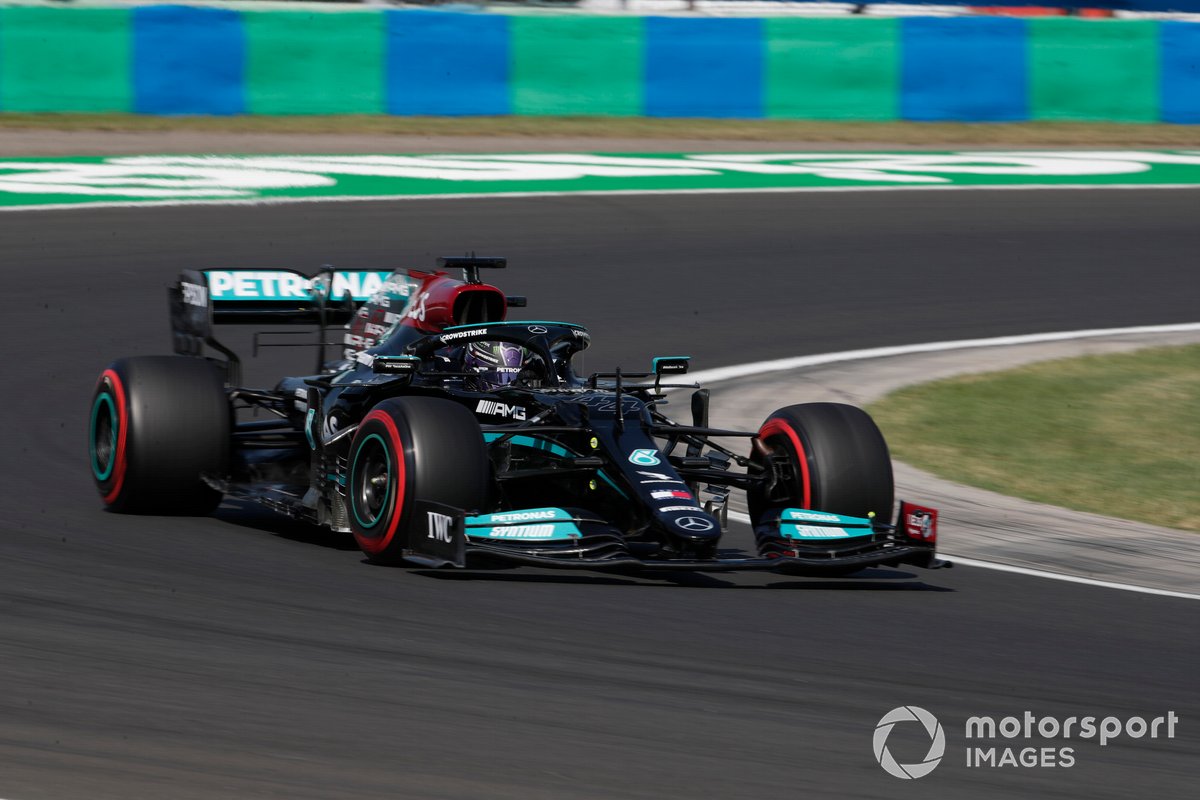 Hamilton and Bottas seemed happier with how their car was performing than Red Bull rival Verstappen, who was heard on team radio noting instability with the rear end of the car.

Bottas compared track conditions to “being in a Finnish sauna”, but felt Mercedes’ performance proved the progress it has made in hot temperatures recently.

“It’s not so bad. Today is proof. I don’t think we’re in a bad place. But you never see all the cards from other teams on Friday.

“I have to say in practice one, with the balance, we had quite a lot of work to do, but we quickly reacted, and it starts to improve quite a bit.

“But I’m sure there’s still more to come tomorrow, no doubt. It’s good to see that most likely we’re going to be in the fight for pole tomorrow, so that’s really motivating.”