Robert Kubica, in for Kimi Raikkonen at Alfa Romeo for FP1, established the first place benchmark at 1m25.259s on the hard tyres, but was quickly shuffled down the order by a flurry of faster laps as the majority of the pack set their initial times on the white-walled rubber.

Daniel Ricciardo, Valtteri Bottas and Pierre Gasly all enjoyed a brief moment at the head of the times, with the AlphaTauri driver posting a 1m20.670s before Verstappen brought the benchmark under the 1m20s bracket with his first lap.

The Red Bull’s 1m19.725s immediately put him over a second clear, before Hamilton, who had abandoned his first timed lap on the hards despite setting purple sectors in the Hungaroring’s first two thirds, slotted into second just 0.146s adrift.

But Verstappen continued to improve the fastest time as he completed a lengthy opening run – where Honda was assessing his engine for problems caused by his crash against the Copse barriers at the start of the British GP following his controversial clash with Hamilton.

After a brief lull in action approaching the halfway point, the Mercedes cars reappeared on the soft tyres, with Bottas setting the first flying lap on the red-walled rubber.

His 1m17.616s sent him to the top of the times, with Hamilton’s first run on the softs putting him 0.380s adrift in second, as the world champion struggled with considerable understeer. 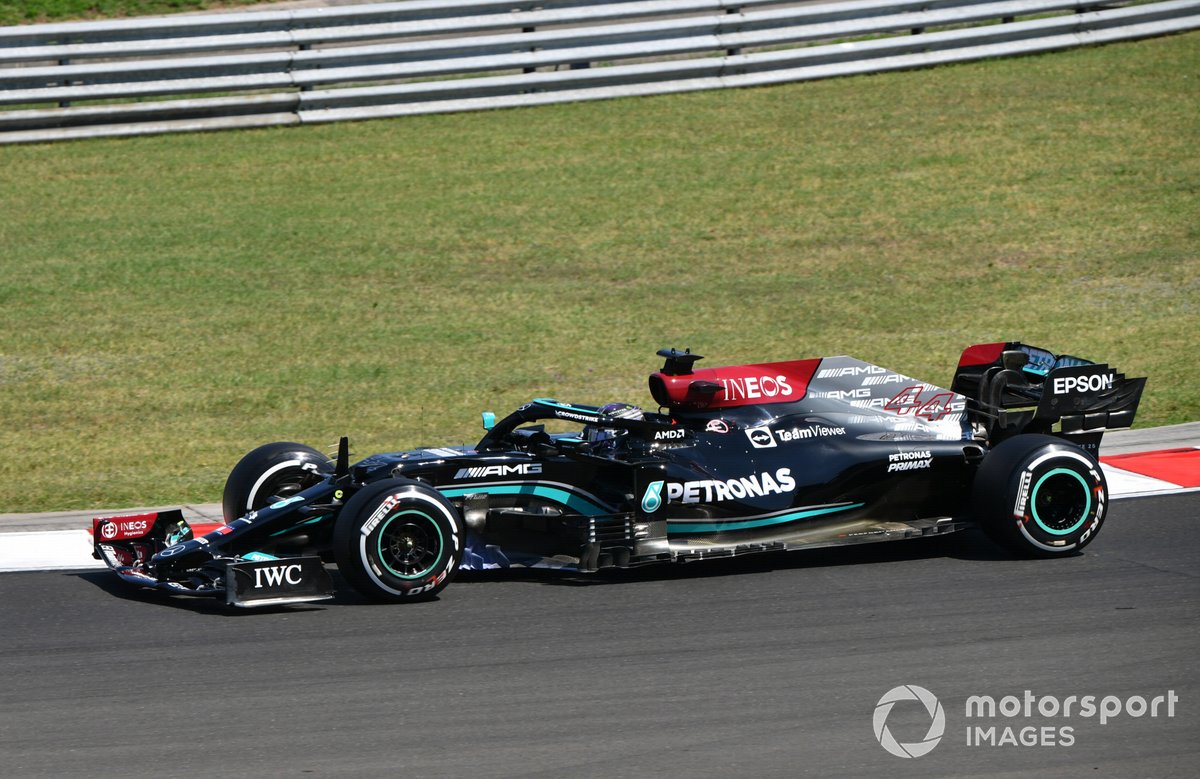 After making a front wing adjustment, Hamilton went again and closed to 0.106s slower than Bottas, as Verstappen continued to set personal bests – now well down the order – on the hards.

But after the session was red-flagged for five minutes after Yuki Tsunoda crashed at Turn 4 – the high-speed left at the end of the first sector where Felipe Massa ended up in the barriers after being struck on the head by a spring from Rubens Barrichello’s Brawn in the 2009 event – Verstappen switched to the softs.

He started his flier 0.119s down on Bottas in the opening sector but gained time as the lap went on – setting the session’s fastest time in the middle sector despite encountering traffic at the long right of Turn 5 in the form of Mick Schumacher’s Haas – and wound up quickest on a 1m17.555s.

Bottas therefore ended the session 0.061s behind Verstappen, with Hamilton third ahead of Ferrari’s Carlos Sainz Jr and Gasly.

Fernando Alonso, who had a high-speed spin after losing the rear of his Alpine through Turn 4 during the early running, ended up sixth ahead of Charles Leclerc, who also had a moment at Turn 4 and had early trip through the Turn 5 runoff after catching an oversteer snap. 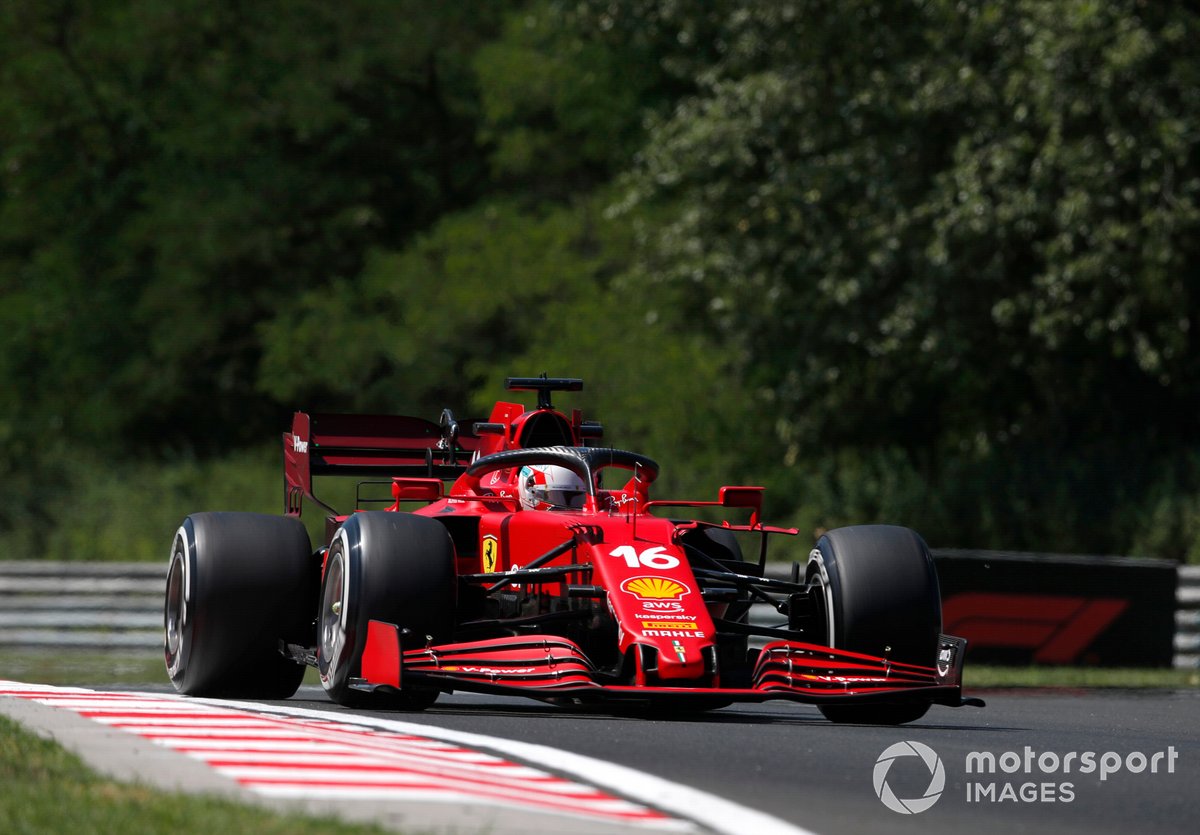 Sergio Perez completed a late run on the softs to set the eighth fastest time, with Lando Norris – another driver to go off after catching an oversteer snap, his at the final corner just before the red flag – ninth and Lance Stroll rounded out the top 10.

Esteban Ocon was 11th ahead of Tsunoda, who did not reappear after his crash.

The AlphaTauri rookie spun at Turn 9 – the 90-degree right in the middle of the second sector – after his correction to an oversteer snap sent him spinning wildly around just past the 15-minute mark, before his crash disrupted the session.

Tsunoda spun earlier in Turn 4 than Alonso, losing the rear as he turned in and then spinning to his right at high-speed as the car came around dramatically – again after he had moved to correct the initial issue.

But the second movement spun his car around backwards and he hit the barriers at significant speed – rear wing first – from where the car had to be craned away before the session could resume.