Hamilton was summoned before the stewards after appearing to fail to slow for yellow flags on his final Q3 lap on Saturday, shown following a spin for Mercedes team-mate Valtteri Bottas on the grass after running off at Turn 4.

Hamilton improved his laptime by one-tenth of a second despite the yellow flags, but was later found to have received conflicting signals from the marshal posts, showing both green and yellow flags.

As a result, the stewards took no further action, allowing Hamilton to keep second place on the starting grid.

But the decision will now be reviewed following a request by Red Bull, with a hearing beginning at 1:45pm local time in Austria.

Teams need to submit an extra element to ask for a right to review a stewards' decision.

Autosport understands that Red Bull has lodged some video evidence that offers fresh insight in to the matter, although it is unclear what exact footage this is.

Hamilton explained in the post-qualifying press conference that he did not see the yellow flags shown for Bottas' spin. 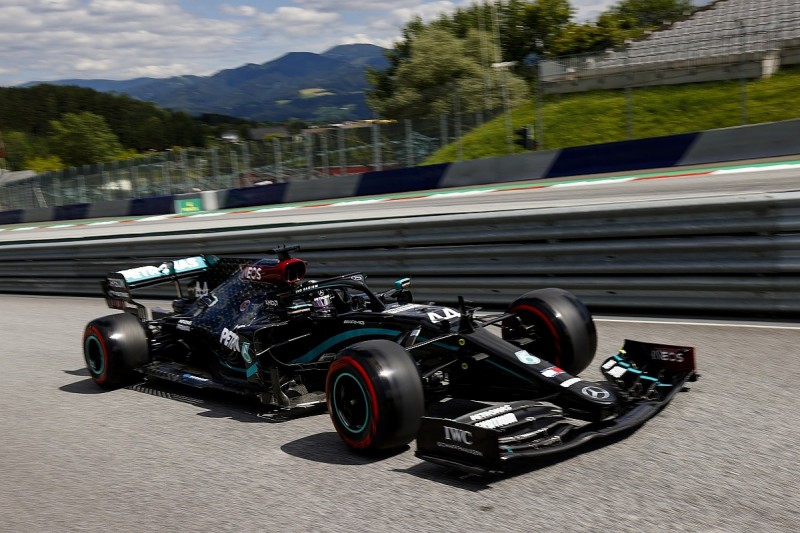 Bottas will start the race from pole position, with Red Bull drivers Max Verstappen and Alexander Albon in line to benefit from any action against Hamilton after qualifying third and fifth respectively.