Sainz clashed with Grosjean on the opening lap in Montreal, being caught out when he failed to notice the Haas was alongside his Toro Rosso on the run towards the Turn 3/4 chicane.

He then collected Massa's Williams after arriving at the corner backwards.

Sainz argued that Grosjean was in a blindspot and that the combination of the size of mirrors and the lower rear wings of the 2017 F1 designs had produced an ongoing visibility problem.

But Steiner dismissed that explanation.

"If he knew before they were too small, they should have changed them," said Steiner of Sainz's mirrors point.

"That is not our problem.

"If he has got too small mirrors, that is quite a dull excuse.

"You can't say 'Oh my mirrors are too small and I can't see, but I keep on using them!'

"It's like if we give you glasses and you cannot see with them, but you keep using them, know you cannot see, and keep running into the wall!" 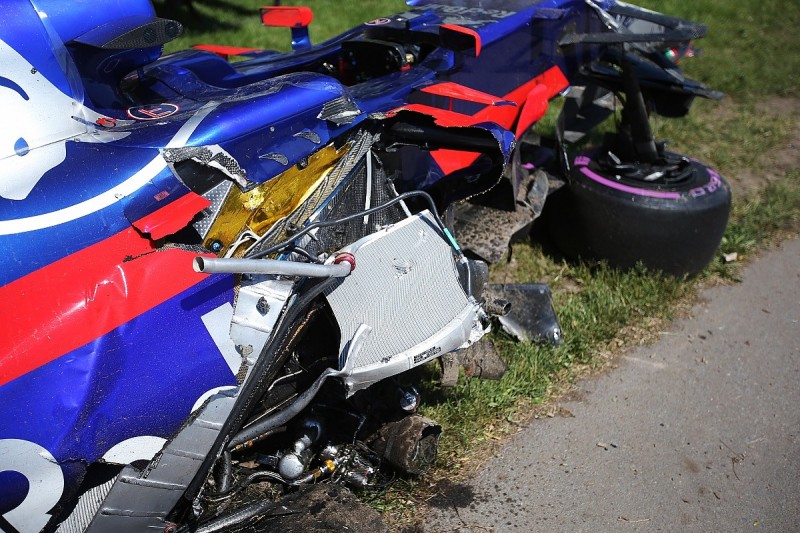 Sainz was handed a three-place grid penalty for the upcoming Azerbaijan GP for the incident.

Grosjean was able to recover to take 10th place, electing to run to the finish with the set of tyres fitted when he pitted for repairs on lap one.

Steiner was also unhappy that Kevin Magnussen received a penalty for overtaking Stoffel Vandoorne under a virtual safety car - especially because Magnussen gave the position back afterwards when he realised he had made a mistake.

"If somebody is penalised it seems to be always us, and I don't think we are that bad!" said Steiner.

"Kevin did wrong, he shouldn't have started so early, but he gave it back immediately and I actually need to look at it again, as I am still not sure about the regulations and how it is written.

"Yes he did overtake under the VSC, which he shouldn't.

"But he gave it back. Maybe it was better to stay in front!"

Why Mercedes has been so inconsistent in 2017