Romain Grosjean, who has scored all of the team's 28 points, is set to stay at the team next season, but Haas has yet to finalise who his team-mate will be.

Leclerc, who must win the GP3 title to earn enough qualifying points for an F1 superlicence, impressed Haas when he drove the car in FP1 in Britain, Hungary and Germany.

Steiner has previously said Haas can be a vehicle for Ferrari to develop drivers from its junior programme but for next season, he said taking a rookie was not an option.

"In the position we are in, he's too inexperienced," said Steiner of Leclerc, who will also drive the Haas in Brazil and Abu Dhabi practice sessions later this year.

"I wouldn't say too young, as Max Verstappen does a good job.

"We highly respect what Leclerc is doing in FP1, he was on the gain immediately.

"But what we need as a team is somebody who can score points.

"We need to train the team, we cannot train the driver.

"It [taking a rookie] is not an option at the moment, it's not a thing we want to do."

Steiner added no conversations have taken place with Ferrari with regards taking one of its development drivers next term. 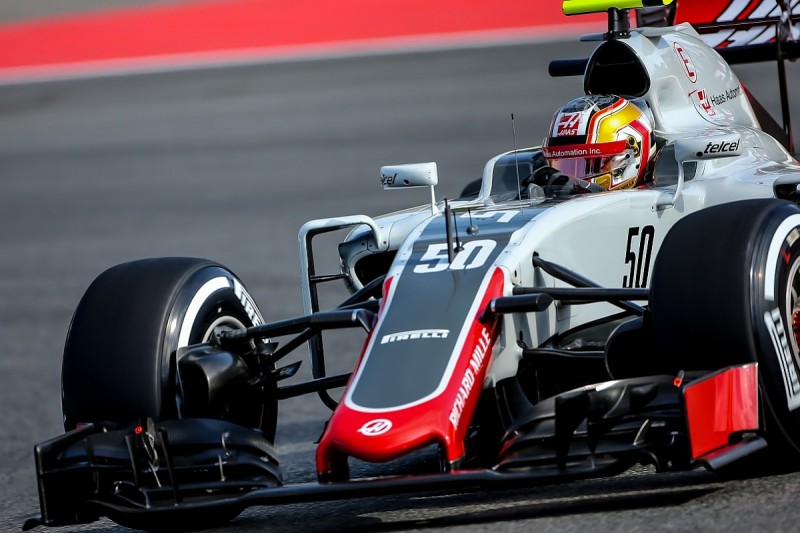 He also used Alexander Rossi, who did five of the last seven races for Manor in place of Roberto Merhi last year, as an example of how taking a new driver can backfire.

"When I was asked last year about Alexander Rossi - that can break someone's career," he said.

"They take a risk because there is no other opportunity.

"If it doesn't work out, we would be blamed. It's not right.

"We need to look after ourselves and make the team bigger so we are ready for young talent."

Steiner insisted Haas was in no rush to announce its plans for 2017, suggesting it was waiting to see what happens elsewhere first with Renault, Williams, Sauber and Manor yet to confirm their line-ups.

"We're in a good position to wait, because there is nothing moving a lot up that end," he said.

When asked if Esteban Gutierrez, who retains confidence he'll be on the grid next season, was doing enough to keep his seat for next year on the back of an improved run of results, Steiner said: "We'll see. We'll wait a bit longer.

"He had a pretty good race weekend [last time out in Singapore]. There was a problem at the start which was not his fault."