The Haas Formula 1 team now has the capacity to build a whole car itself, according to Romain Grosjean

The Haas Formula 1 team now has the capacity to build a whole car itself, according to Romain Grosjean.

Haas has all components F1 teams do not have to design themselves supplied by Ferrari plus access to the Scuderia's windtunnel and latest specification of engine.

It also has its chassis supplied by Italian manufacturer Dallara.

The model proved a success in the team's debut season with the American newcomer scoring 29 points to finish eighth overall in 2016.

Grosjean said Haas has a factory in Kannapolis capable of building a car in-house, but he believes the intention is to stick with the current model.

"For now, we're doing the model we're doing," he told Autosport. "What's the future is like, I don't know. 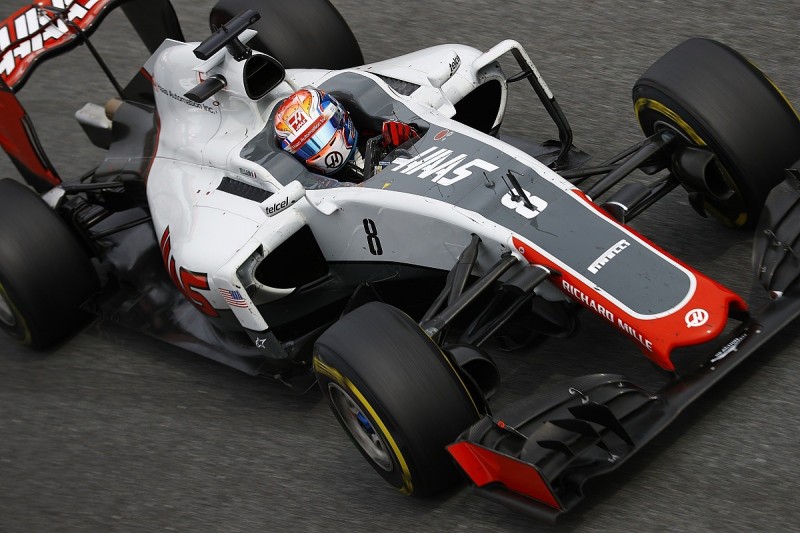 "If you have to develop it all yourself, you cannot do it the first year, the cars are so complex and it's just so difficult.

"If we managed to be just behind Ferrari, that [would be] good enough, I'm happy with that."

Grosjean said the technical partnership with Ferrari was key to the team's success in its debut season.

"It's a great experience to work with Ferrari and I've got to know the engineers and the system," he said.

"We're using most of their parts and it's interesting to see what they're working on and how I can help with my level, the way they operate, with the experience I've got.

"We are very happy and we wouldn't be where we are with these points without their help."