Brazil's race, along with Germany and Canada, appeared on the 2017 provisional F1 calendar with an asterisk that it was subject to confirmation.

The Interlagos event has a contract until 2020, but the slow speed with which it has completed its redevelopment, which included the track being resurfaced and ageing paddock facilities upgraded, has been criticised.

Promoter Tamas Rohonyi told Autosport he was "95%" certain the race would on the calendar when the official version is published at the World Motor Sport Council meeting on November 30.

But if it is dropped, Rohonyi said: "We have a very old and powerful company here and we'll immediately get another international race for this circuit.

"People come to Interlagos because they are petrolheads and once a year, they want a big international race.

"I'm in the business of running international motor races and if I can't run F1, which I have been running for 42 years, it's like if Pavarotti dies, you get another singer.

"You have an opera house and you have to fill the seats so that's what I'll do. I don't lose sleep over that." 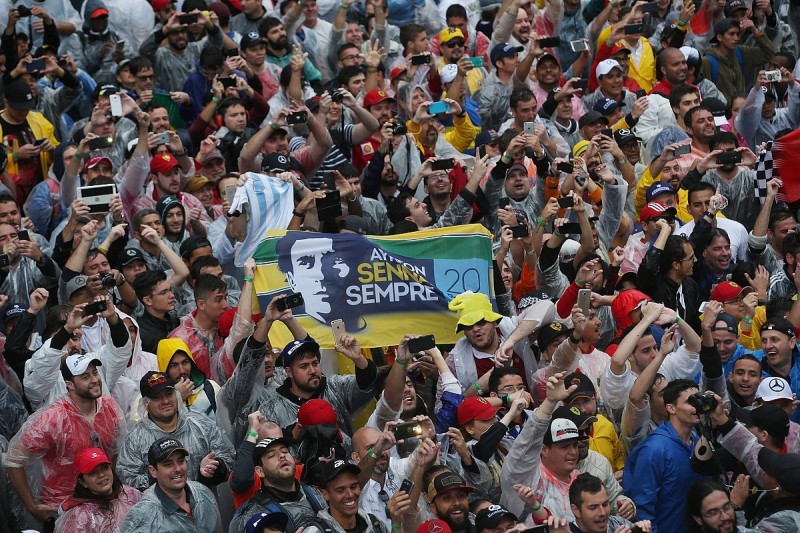 Rohonyi said part of the race's problem is that it has a "hole in our budget because of the economic situation in Brazil".

He added: "We lost important sponsorship by state companies, the state bank, the oil company, the state trading company and even Shell, which used to be a big client here - but I'm confident we'll be OK."

He insisted the new mayor Joao Doria, who has recently been elected and will be sworn in on January 1, wants to keep the race and added there is a desire to extend the contract beyond 2020.

"I would imagine 2028 will be the target because we have to mobilise so many companies, so many people and so many political clubs.

"All these people will say, quite logically, 'we'll put our weight behind this but let's do long-term'."

With Felipe Massa retiring at the end of the season and Felipe Nasr's future not yet confirmed, F1 could face its first full season without a Brazilian since 1969.

If that happens, Rohonyi believes it will have "zero" impact on attendances at Interlagos.