Haas has announced that Mick Schumacher and Nikita Mazepin will continue with the team for a second Formula 1 season in 2022.

Schumacher and Mazepin both graduated from Formula 2 to F1 with Haas for the 2021 season, and were widely expected to continue for next year.

In a statement made ahead of Mazepin’s home grand prix in Russia this weekend, Haas confirmed it would be running with an unchanged line-up next season.

“We knew we wanted continuity behind the wheel in 2022 and I’m happy to confirm exactly that with Mick Schumacher and Nikita Mazepin competing for Uralkali Haas F1 Team next year,” said team principal Gunther Steiner.

“2021 has afforded both drivers the opportunity to learn Formula 1 – and as rookies – they’ve done a lot of that this year.

“It’s been a tough season for sure with the package we’ve had, but at the same time they’ve both embraced the challenge and worked closely with the team to learn our processes and adapt to the rigours of a Formula 1 campaign and all that brings – both internally and externally.

“Now as we look ahead to the 2022 season, we’re confident we can move forward as a team and give Mick and Nikita a competitive race package to make the next step in their Formula 1 careers.” 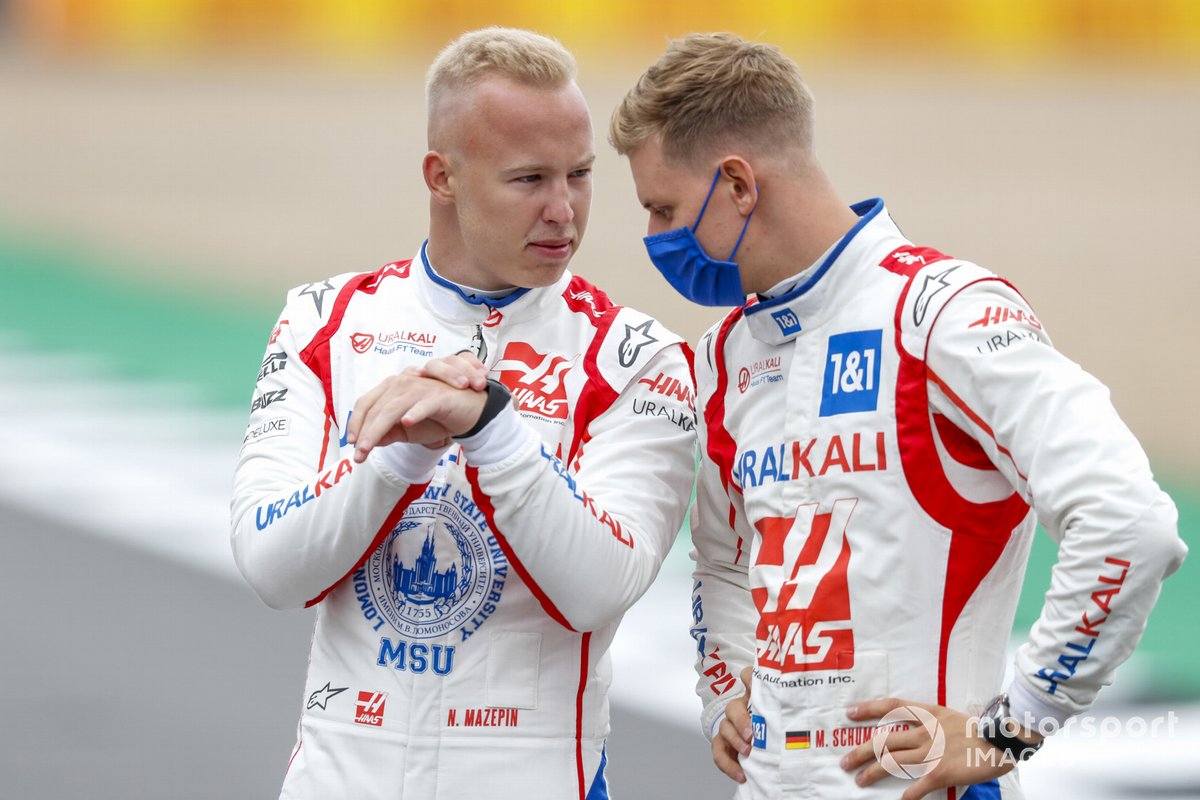 Haas opted against developing its 2021 car in order to put full focus on the incoming regulations next season, treating this season as a transition year.

It has left Schumacher and Mazepin at the rear of the field, often only battling with each other for position, which has led to some tensions flaring between the duo, seen most recently at Zandvoort with incidents in qualifying and the race.

While there were zero doubts about Mazepin continuing with the team next year, particularly with his primary backer, Uralkali, serving as Haas’s title sponsor, Schumacher’s contract required finalising.

“The first year together with Haas F1 is very exciting and instructive, and I'm sure I can bring all the experience I've gained into the coming year,” said Schumacher.

“New technical regulations, the impressive ambition of the entire Haas F1 team and the support of Ferrari - of course I believe this will bring us closer to the field in the 2022 season and we will be able to fight for points.”

Mazepin added: “I’m very excited for next year, the new car and simply just to get the opportunity with Haas F1 Team and grow together with them. I think we will come out strong next year.”

The confirmation from Haas means the only unannounced seat for next season now lies at Alfa Romeo, with the team yet to reveal who will be Valtteri Bottas’s team-mate.