Formula 1's 2018 tyres will be different again from next year's rubber because Pirelli will have been able to use current cars in testing, says Mario Isola

Pirelli was charged with dramatically changing the rubber for next season, including making front tyres 60mm wider and rears 80mm wider, as part of sweeping alterations to the technical regulations.

But because there were no 2017-spec cars to test with, Pirelli had to compromise with modified two-year-old cars provided by Mercedes, Red Bull and Ferrari.

The tyre supplier had been concerned the mule cars were falling short of the required amount of downforce by around 20%, which would in turn skew the results.

"I feel that the direction is good and we probably need to continue the development and to have a new product in 2018," said Pirelli racing manager Isola.

"But because next year we will have the real race cars testing, we have another step towards the right product." 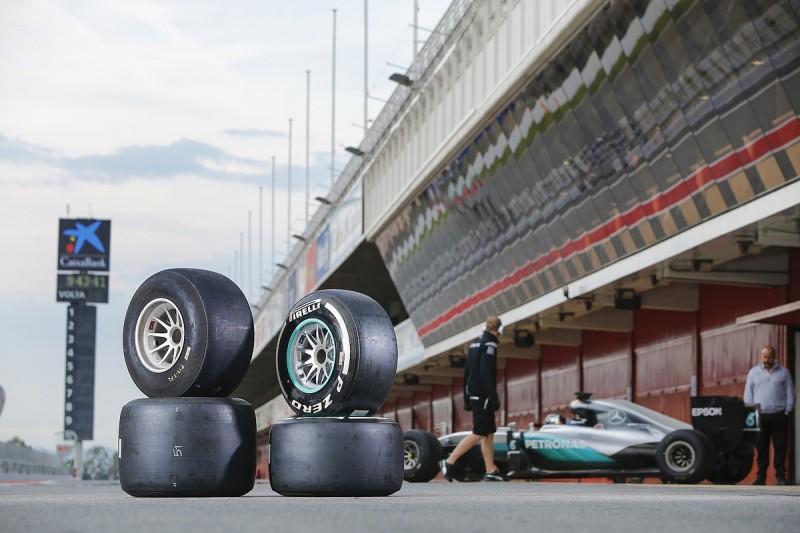 Pirelli tried approximately 100 different prototypes on the final day of its 2017 testing programme last month and was pleased with the results.

But next year it plans to involve more teams for its testing programme, which will be possible as 2017 cars will be available.

"If I have to look at the results with our mule cars, we are optimistic [for next season's tyres]," added Isola.

"We are happy with the development and then we need to see with the real new car and with the loads that are expected.

"We have some encouraging signs.

"We were obliged to change completely the product, the compounds, everything.

"It's not just the size that was bigger it was a complete redesign of all the tyre."

Pirelli is currently analysing the data from the 24 days of running, which amounted to 12,000km of testing, in order to define the tyres that will be used for racing next year.

They will run on 2017 cars for the first time when pre-season testing commences on February 27.