With Hamilton needing to win the race and have title rival Nico Rosberg finish fourth or lower, the Briton tried to back his team-mate into the chasing pack.

Mercedes made repeated calls for Hamilton to speed up - including its "highest escalation" with Paddy Lowe getting involved - because it felt Hamilton threatened its chances of winning.

Hamilton refused to up his pace and won the race, but Rosberg held off Sebastian Vettel and Max Verstappen to finish second and clinch his maiden world championship.

In the aftermath, Wolff said Hamilton's tactics had set a precedent and were something Mercedes would have to consider for the future.

But reflecting on the race, Wolff conceded Mercedes got it wrong and should have let its drivers race.

"In the heat of the moment, sometimes when you make decisions you get them wrong," said Wolff in an interview with Sky Sports F1.

"In our mind, the way we think, this race is giving us the same number of points as other races and we try to win that one, not considering that there was much more at stake for the drivers.

"How the race panned out, we should have communicated differently and in hindsight let them race in the way they deemed to be appropriate." 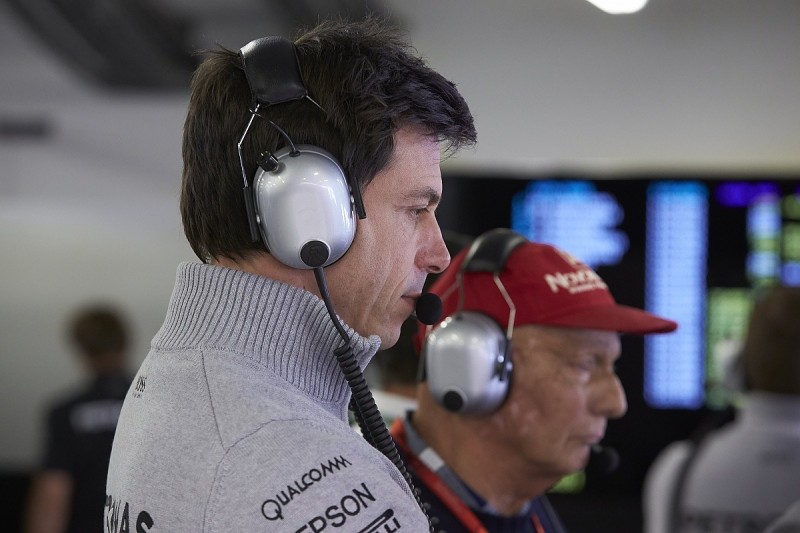 Mercedes has shifted its focus to securing a replacement for world champion Rosberg, who announced his retirement five days after winning the title.

When asked if Hamilton could choose his 2017 team-mate, Wolff said: "We will give Lewis the information once we've come to a point where we think it's a sensible decision and then inform him.

"He has been a great pillar in the team's success

"When he came, everything changed, so he has played a role.

"It's very important to keep him in a good place.

"The dynamics between the two drivers is one of the factors we will consider."

Has Rosberg retired too early?