The team clamped down on allowing Sergio Perez and Esteban Ocon to race each other after a series of incidents through the 2017 season.

In Japan, it ordered them to hold position when they were together on track and did the same at Austin - with both drivers falling into line.

Ocon finished sixth with Perez eighth at the Circuit of the Americas to help the team move 91 points clear of Williams in the constructors' championship.

With only a maximum of 129 points remaining, and its closest challenger for fourth place having scored just 68 this season, Force India is likely to secure the position in Mexico.

When asked by Autosport when the team will lift the ban, chief operating officer Otmar Szafnauer said: "Probably [after] one more race.

"We have just got to get through one more race and hopefully by then we'll have clinched fourth place. That's what it is all about.

"Once we get through that then maybe we can relax and do things a bit differently in the last two." 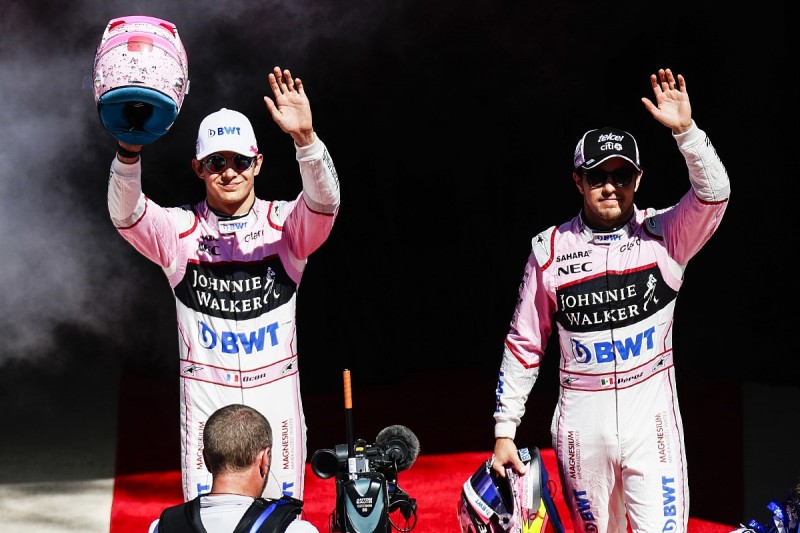 Perez was vocal on team radio asking to be allowed to past Ocon because he felt he was faster and was coming under pressure from Carlos Sainz Jr, but he was told his team-mate was following instructions to manage his pace.

"Even if we let Checo past, the team wouldn't have scored anymore points," said Szafnauer.

"It's about us scoring points. We frankly don't care which one scores the points, we don't want to swap them around.

"We want to eliminate the risk and score the points. Once we are assured of fourth place, then we will change stuff."

When asked if he would have done anything differently in hindsight given Perez was passed by Sainz, Szafnauer said: "No. There are many reasons why that happened, including if you push the tyres too early, then you don't have them to defend.

"Esteban was managing his tyres better and towards the end could defend against Carlos."

Why F1’s treatment of Verstappen was a joke