A five-second post-race penalty stripped Verstappen of his third placed finish in the United States Grand Prix after the FIA ruled he had overtaken Kimi Raikkonen by running off the track.

That decision prompted widespread criticism about a lack of consistency from the stewards, and left Verstappen furious that rules were "killing the sport".

Red Bull boss Christian Horner was especially angry that the snap decision meant there was no way for Verstappen to explain himself, and believes the decision was a legacy of events in Mexico last year.

Then, Verstappen was handed a similar post-race penalty for cutting the track and removed from the pre-podium room. 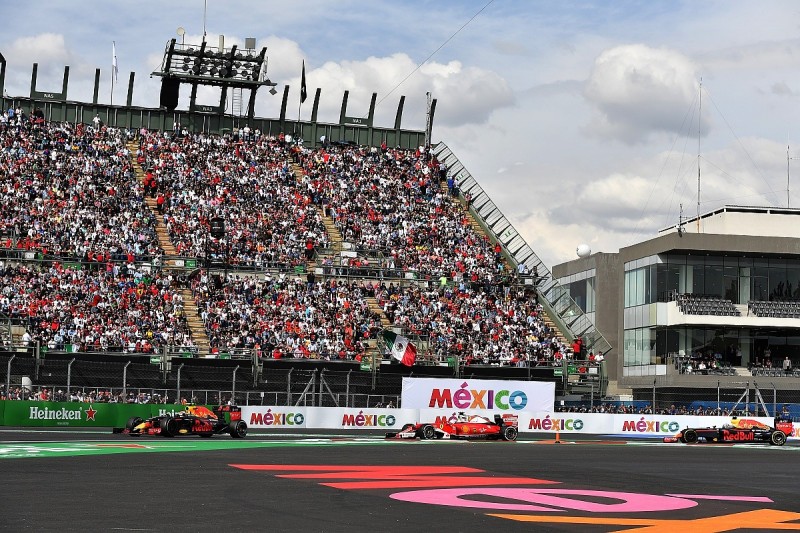 But Sebastian Vettel, who moved ahead of him for third, was later penalised for moving under braking - which meant Daniel Ricciardo was eventually classified third.

"I think they [the stewards] were desperate to get the right people on the podium, but then they jumped to a conclusion without considering all of the facts," said Horner.

"After Mexico last year where there was at least one steward that was involved in that decision, and it was agreed that to avoid the debacle of Mexico where there were three different people appearing on the podium, to take a breath; to understand and listen to the drivers.

"If you look at the consistency of decision making, that is what is disappointing."

The steward referred to is the FIA's Gary Connelly, who Verstappen spoke out against in the wake of another decision going against him.

"I think that it is unfortunate that Max has been the recipient now twice that he has been in the green room and extracted," Horner added, when asked if he felt certain stewards were biased against Verstappen.

"I think he handled that with great dignity, but I am not going to be drawn into personal issues with stewards."

Pushed on his dignity claim, with Verstappen having called a steward an "idiot", Horner replied: "I think that he has the right to express himself.

"In any sport emotions run high and that is part of what sport is.

"If he said he was happy with that decision, I would be amazed."